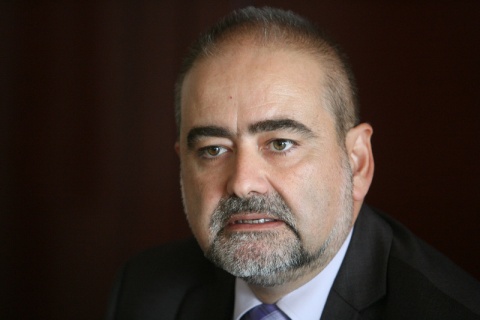 Stefan Chaikov, Chair of the Managing Board of the Road Infrastructure Agency, photo by BGNES

By the end of the week, Bulgaria's Regional Development Minister Desislava Terzieva will announce a special program for repairing around 700km of second-class and third-class roads in poor condition.

Speaking Tuesday at a business forum on construction and EU funds in the next programming period (2014-2020), Stefan Chaikov, Chair of the Managing Board of the Road Infrastructure Agency, made clear that the repair works would cost around BGN 200 M.

Chaikov, as cited by the Bulgarian Telegraph Agency, specified that a total of around EUR 170 M would be made available under the new program "Regions in Growth 2014-2020" for repairs of first-, second-, and third-class roads connected to trans-European networks.

He added that the authorities would have to find other sources of funding, such as the state budget, or loans, for repairs of other second- and third-class roads.

Chaikov went on to say that the new tenders for current repairs and maintenance of roads by districts would be announced in February, adding that most of the contracts expired in the second half of 2014.

He emphasized that the procedure would be different, with road surface repairs separated from the activities for placing road markings, road signs and     systems

However, this time the repairs of the road surface will be separated from the activities for laying road markings, road signs and traffic barrier systems.