Bulgarian MEP: After US Sanctions EU May Well Suspend Funds for Bulgaria 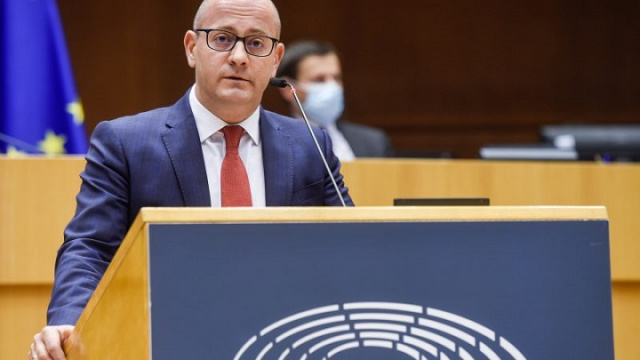 The US sanctions under the Magnitsky Act imposed on six Bulgarians, including Delyan Peevski and Vasil Bozhkov, will have an impact on European policy approach to Bulgaria. This is what MEP Radan Kanev ("Democratic Bulgaria"/EPP) says in an interview with the toest.bg website.

"We can expect a significant hardening of the tone in talks with Bulgaria in the coming days and weeks, especially with regard to the status quo in the judiciary. Very soon I would expect a direct threat, that is a suspension of European funds," he forecast

According to him, the forthcoming report on Bulgaria focused on the rule of law mechanism "will be extremely critical and focused on the nature of the problem, and it is the state of justice and the security sectors, and especially the Bulgarian Prosecutor's Office".

Kanev explains that the EC document will be accompanied by much clearer and firmer recommendations for reforms in the justice system and the prosecutor's office. And it is in this report that the MEP also expects "an unconcealed threat that European funds for Bulgaria will be partially limited or suspended if our country does not take immediate action".

"We are seeing a complete failure of attempts to fight corruption at the top echelon of power, at the same time the special services and prosecutor's office are encouraging corruption, not hindering it," Kanev said. He reminds that the EU is currently providing the largest financial package in its history and the nordic donor countries have crossed a number of red lines in their internal policy to allow huge amounts to be borrowed centrally from the EC.

That's why the issue of political corruption is becoming crucial. And "it will be posed sharply to Bulgaria, because otherwise in the nordic countries public opinion will prevail that their governments give tax payers‘ money to the thieves and corrupt politicians in Bulgaria, which is not far from the truth".

"Bulgaria, in the face of its previous governance and the enduring status quo in the judiciary, which is related not only to GERB, but also to MRF and BSP, has lost the trust of its partners in the European Union since last year", says the MEP.

For him, there is no surprise in the decision of the US authorities. "A sterner reaction on their part on the corruption in Bulgaria has long been expected," he says. In his words, the special services and the prosecutor's office have "turned blind eye to high-level corruption, especially when it comes to the personality and cobwebs of Delyan Peevski.

This person and a whole corruption network did not exist yesterday for the Bulgarian Prosecutor's Office, although there is plenty of evidence in the public domain that the former MRF MP makes appointments at the highest levels of the judiciary."

"In both Washington and Brussels, it has become clear that attempts to steer Bulgaria on the reform tracks under the partnership between the services on an unofficial diplomatic route have failed, and the Bulgarian authorities refuse to fight corruption", explains the MEP.

Asked whether he expected the EPPO to react to the sanctions of the US authorities, Kanev replied that the important fact that the US decision came absolutely in parallel to the launch of the EPPO should not be overlooked. "For myself, I have no doubt that in this situation Bulgaria will be one of the priorities in EPPO activities", he explained.

Kanev is sure that actions on the part of The Prosecutor General Ivan Geshev cannot be expected. "The useful move by the management of the Bulgarian Prosecutor's Office is called "resignation". Bulgaria can clean up its international image by clearing its own governance first and foremost.

But before that, Prosecutor Genarl Ivan Geshev should simply step down, because we cannot expect the people appointed by Delyan Peevski to launch an investigation against him", says the MEP.