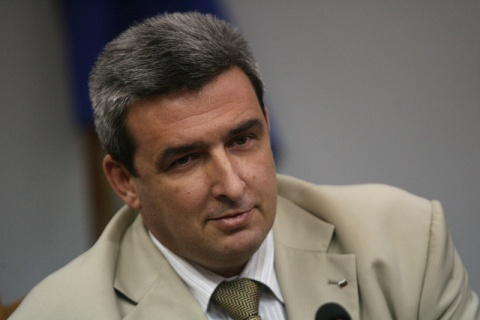 Speaking Wednesday after a sitting of the Parliamentary Internal Security and Public Order Committee, he said that the current total number of refugees in Bulgaria was slightly below 4000.

"The refugee numbers increase very dynamically; if the average rate stood at around 400 a month, there was a spike to the rate of 1500 in August, and the number of refugees since the beginning of September is around 550," Marinov stated, as cited by the Focus agency.

"To begin with, we are on the lookout for buildings for which we will need no financial resources because it is better to spend these resources on medicines and accommodating refugees," he explained.

"So far there have been no complications to the criminological situation," he remarked, adding that upon the initial accommodation of refugees, they were being interviewed to determine whether they belonged to a high-risk group and therefore had to be accommodated at closed-type facilities.

Marinov specified that the largely discussed sum of BGN 65 per month was pocket money, not food costs, per refugee.

He explained refugee protests with the fact that the people wanted to have their documents processed faster so that they could be allowed to go.