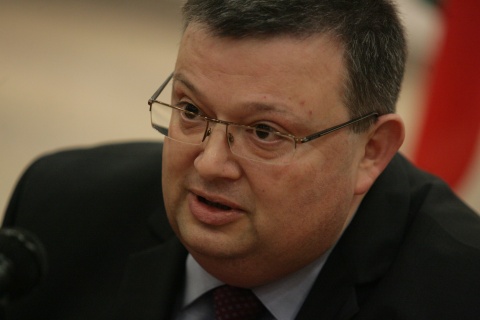 In a Thursday media statement, Tsatsarov, as cited by the BGNES news agency, presented the results of an inspection of the Sofia City Prosecutor's Office launched over claims of Borisov that Dogan had been plotting an attack against him. Photo by BGNES

There is no reliable information implicating ethnic Turkish leader Ahmed Dogan in the preparation of an attack against former Bulgarian Prime Minister Boyko Borisov at the time when he was Chief Secretary of the Interior Ministry, according to Chief Prosecutor Sotir Tsatsarov.

In a Thursday media statement, Tsatsarov, as cited by the BGNES news agency, presented the results of an inspection of the Sofia City Prosecutor's Office launched over claims of Borisov that Dogan had been plotting an attack against him.

The probe started after Lyutvi Mestan, who succeeded Dogan to the post of Chair of the ethnic Turkish Movement for Rights and Freedoms (DPS) party, referred Borisov's allegations to President Rosen Plevneliev, who redirected the case to the Chief Prosecutor.

The Sofia City Prosecutor's Office then launched an inspection over unauthorized disclosure of classified information by Borisov.

In his Thursday statement, Tsatsarov made clear that the probe had concluded that Borisov had not disclosed classified information and there was no need to open pre-trial proceedings over the matter.

He specified that a signal about an attack against Borisov coordinated with Dogan had been submitted in 2005 by a Balkan country with which Bulgaria had no agreement for exchange of classified information.

Tsatsarov told journalists that the tip-off said that Borisov would be assaulted because he had resorted to repressive actions against organized crime figures in his capacity of Chief Secretary of the Interior Ministry.

Bulgaria's Chief Prosecutor explained that the signal informed that the attack had been coordinated with Ahmed Dogan, then-Chair of DPS, who was supposed to replace Borisov at the post.

Tsatsarov said that the signal was a printed sheet of paper with an inscription saying "strictly confidential."

He said that the security services had instantly launched an investigation into the matter and had acquainted Borisov with the matter but without mentioning the name of Dogan because the credibility of that piece of information had been considered highly questionable.

The Chief Prosecutor stated that Borisov had been informed about the mentioning of Dogan in 2013, after which he had made the statement in Parliament, claiming that Dogan had ordered the attack.

Borisov leveled the accusations against Dogan on February 21, the day of the parliamentary vote on the collective resignation of the center-right GERB government.

Bulgaria's then-outgoing Prime Minister claimed that the the longtime leader of DPS had been involved in the preparation of the assault just ahead of the parliamentary elections in 2009.