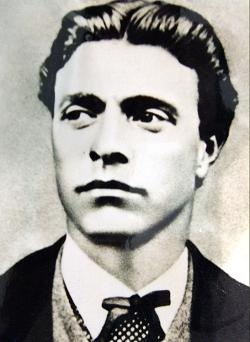 Bulgaria commemorates Saturday the 138th anniversary of the death of its national hero, freedom-fighter and revolutionary Vasil Levski.

Levski was sentenced to death by an Ottoman court and hanged in Sofia on February 18 (February 6 old style), 1873.

Memorial services for Levski are taking place around the country, as people pay tribute to the hero at his numerous  monuments, including the Levski Memorial in downtown Sofia.

Vasil Levski, born Vasil Ivanov Kunchev in 1837, was the leader of Bulgaria's revolutionary movement aimed at national liberation from the Ottoman Empire.

Initially preparing to become an Orthodox monk, Kunchev gave this up in order to dedicate his life to fighting for Bulgaria's freedom.

During his participation in the First Bulgarian Legion in Belgrade, Serbia, in 1862, he received the nickname "Levski" - "Lionlike".

After organizing the revolutionary movement all across Bulgaria for several years, Levski was captured by the Ottoman Turkish police in late 1872, and was sentenced to death by hanging for his revolutionary activity.

His progressive political ideas envisaged a "holy and pure" Bulgarian republic based on the fundamental rights of everyone, abiding by democratic principles and based on religious and ethnic equality.

For his self-sacrifice and sublime ideas, Levski has been dubbed "the Apostle of Freedom" by Bulgarians.