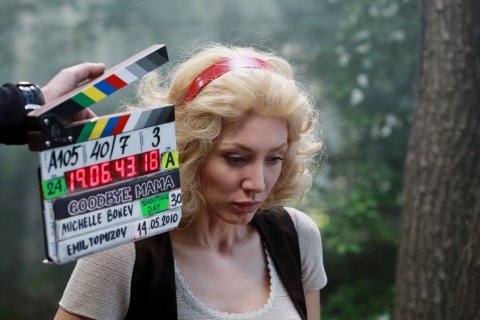 Nadezhda Yaneva, mother of scandalous Bulgarian-born actress Michelle Bonev, has revealed she is outraged by her daughter's behavior.

"My daughter has turned into a highly paid...woman," Yaneva said in an interview for the Bulgarian Nova TV, admitting her moral values did not let her say "prostitute". "Since she went to Italy, she is constantly changing her rich partners," Yaneva explained, stating Michelle is currently dating a 72-year old man, Paolo.

The 62-year old mother said nothing in her daughter's self-proclaimed autobiografical movie, "Goodbye Mama", is true.

The movie stirred a grandiose scandal in Bulgaria and Italy alike, as in 2010, it received the prestigious Venice film fest "Action for Women Award", which later turned out to be fabricated especially for her courtesy of her "friend", Italian PM Silvio Berlusconi. A 40-strong Bulgarian delegation, headed by Culture Minister Vezhdi Rashidov, enjoyed a luxurious dinner party in Venice to celebrate Bonev's phantom award.

The "awarded" movie describes what Bonev herself claims was her real-life "harsh childhood" and contains parts in which her mother beats her and having sex in front of her. On Saturday, Yaneva denied ever having done such things, expressing her regret her daughter may be experiencing "mental problems".

Meanwhile, "Goodbye Mama" recently premiered in Italy and  received devastating reviews, with critics being outraged that Italian taxpayer money has been spent on it.

"Goodbye, daughter," was how Yaneva finished her interview.