Bulgaria: “We Continue the Change" may Demand the Resignation of the Speaker of Parliament 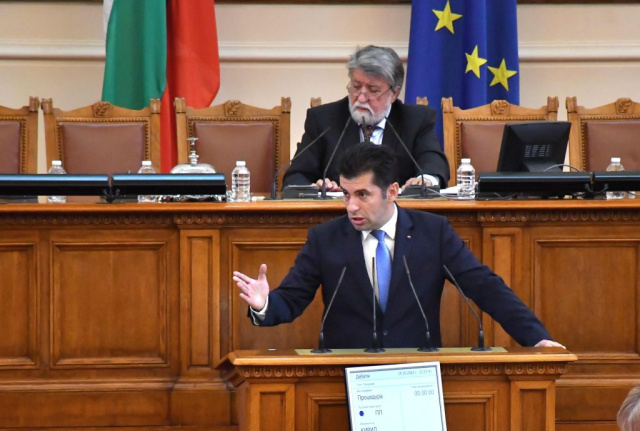 Ivo Atanasov, MP from "We Continue the Change" stated that he will propose to his parliamentary group to vote on the resignation of Vezhdi Rashidov as Speaker of the Parliament. The reason for this is the appointment of Stefana Karaslavova as the chief secretary of the National Assembly.

Atanasov criticized the weak management of the administration and said that he was carrying a sheet accompanied by a folder on behalf of the civil movement "BOEC" with data on Karaslavova. According to him, Rashidov did not accept the representatives of "BOEC" in his office.

"It concerns three audit reports and violations of this person. If you are familiar with the official file of this person, there are two options: either to carry out orders of Desislava Atanasova and have her lead your administrative actions, or to continue with the ladybugs of GERB and the schemes of abuse. It concerns the conclusion of contracts with Velingrad, the repair of the party house, the distribution of the DMS, and the only criterion was ‘heroism and merit to the leadership of GERB’”, said Atanasov.

He then handed the folder to Vezhdi Rashidov, who said he would keep it "forever."

Atanasov's statement caused tension among the deputies from GERB, and the deputy Manoil Manev came to the podium.

"He wants to blow up the hall, he wants the commissions not to be accepted, he wants to boycott and torpedo the work of the National Assembly, as the MPs have been doing since the first day of work. Mr. President, please explain to people who absolutely have to earn some kind of show here, by passing from one parliamentary group to another, that this will not help them for the next elections, when they behave brazenly and irresponsibly. Now, at the moment, the National Assembly needs an understanding," said Manev.

After that, the deputies continued with the items on the agenda of the parliament.