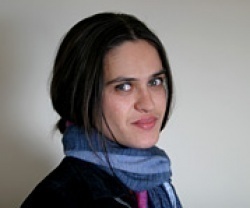 We, Bulgarians, are a paradox: we are independent warriors, who are secretly terrified of being abandoned or making an irreversible mistake. When this fear strikes, we fall out of love with our rulers and start waiting for a new saviour. Waiting in vain.

The vow of Sofia mayor and prime minister-to-be General Boyko Borisov to crack down on corruption and "jail all those who have stolen European Union funds" appears to have struck a chord with voters. Yet it is also true that these elections told us more about what people hate rather than what they like.

It is this dissatisfaction with the ruling parties, fueled by a lot of black PR during their election campaigns and slogans playing mainly on voters' emotions and fears, that made Bulgarians so enthusiastic about the center-right opposition in the general elections.

Elections, which held democracy itself at stake with amendments to the legislation, adopted just months ahead of the general vote, that aimed to secure the power of the ruling Socialist-led coalition and nearly killed all hopes for survival of the opposition.

The high turnout was the most obvious way, in which Bulgarians could give ruling politicians a bloody nose.

But Borisov's sweeping election victory inevitably evokes parallels with the shot to stardom of former king and prime minister Simeon Saxe-Coburg in 2001, who has been gradually falling out of grace with voters ever since, only to discover on Sunday that blue blood is no guarantee for political longevity in Bulgaria.

The differences are obvious, but the comparison speaks of Bulgarians' failure to guard against self-sabotage and their habit of getting a bout of Peter Pan syndrome, making a rash or immature move that they may later regret.

Borissov's supporters say he has already padded out his charm and popularity with real actions. His opponents fire back that he is a ready-made product, who offers new faces, but is short of ideas and expertise and has won people over only with his down-to-earth language and basking in the media spotlight.

Bulgaria's future, Brussels' trust and the revival of its economy, hit hard by the global crisis and suspended EU funds, all lie in the stability of the next center-right government, the most likely scenario being a coalition between GERB and the right-wing parties in the Blue coalition.

Both sides have said, however, they are not willing to make compromises.

Now it will all boil down to political wisdom and statesmanship.