Political Sale or Vote for One, Get Two 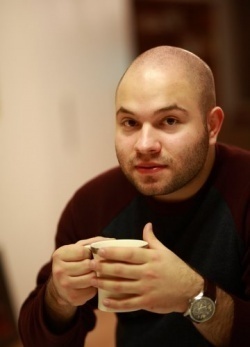 Pre-election campaigns of the Bulgarian political parties have been extremely amusing to the public. We saw everything. From fights in court, through shady criminal world related individuals, to commercials including Ferraris.

One thing is clear. This has been quite an expensive campaign for some political parties. Countless billboards, prime time commercials, newspaper adds, and many, many others.

The thing that has impressed me most is that, despite the loads of money thrown in elections campaigns and agitation, nothing worth attention appeared before public. Nothing that can really make people go and cast their votes.

This has been quite a boring campaign. It involved the usual suspects, and a couple of new ones. It was marked by the fear of the ruling coalition to lose its power. In this way the only thing that the politicians could think of was the personal fight.

Almost all of the commercials were pure example of "Black PR". "Chose me, not him, because... well, because he is going to ruin your lives". Is that the smartest thing you could think of, dear politicians? If so, your brain capacity is obviously not enough to rule a whole country.

All these "Black PR" campaigns had a common slogan - "If you chose someone, you will get someone else as a bonus". This entertained me the most. These kinds of commercials originally initiated from a small communist party, which joined the ruling Coalition for Bulgaria. Interesting fact is that this very same party took part in the 2005 Parliament elections as an ally of the far-right Ataka party.

My point is that the campaign was started and financed by the ruling BSP party. How they dare to talk about hidden partners? What is DPS? People did not vote for them on the previous elections, but they got them as a bonus. A pretty good bonus, I may say. So, people may have DPS as a bonus, but not Kostov (leader of the opposition DSB party), as a bonus to Sofia Mayor and leader of the GERB party, Boyko Borisov.

Recently, another commercial has been launched. It says that if you chose Kostov, you will get Borisov as a bonus. BSP are trying to scare their electorate, to remind them of old times. If so, why do not they remind the people of the Communism, of the prisons, of the countless young people who disappeared because of their views and ideology.

It is amazing how a socialist party once again interprets history the way it serves them best. They have not frightened anyone with their pathetic commercials. The socialist only reminded people why they chose democracy, and why people said no to socialism.

Yes, you may get someone else to rule you, together with the one you voted for. But these are the risks of democracy and its main principle - PLURALISM. This is what we have fought for. The right to chose. The right to say your opinion, and identify yourself ideologically.

The presence of many parties means that we can pick one and support it. People do not think alike. Democracy gives them the right to form whatever parliament they want. Most of the times, too many parties enter the general assembly. In these cases, consensus is needed. BSP knows that. It has done it before. Whether it was good or not, only history could tell.

You vote for democracy and get pluralism. Yes, sometimes the minority of people chose who will rule the majority. This is a matter of nothing but low voting activity. This is a risk of the democracy. No one has said it is good. Someone, once, did say it was the bet known thing.

The only thing that we have to do is to vote. We may get different things from what we have voted for, but at least we have made our choice. We have the right to control our future, and casting a vote is the only way to do it.