Secret Weapon, Trick or Be Tricked 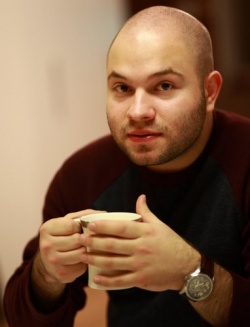 The results of the Bulgarian Parliament Elections are clear now. Opposition wins. The ruling parties are smashed.

One of them, National Movement for Stability and Prosperity, couldn't even make it to the parliament this time. Only the ethnic Turkish party DPS has satisfying results. However it will remain in opposition and most probably will be isolated, and will lose its influence.

What happened with the Bulgarian Socialist Party? It was second, with more than 20% behind the winners, GERB. This is enough to be ashamed, to disappear from the political stage.

This election campaign was like a war. In fact, all of the political campaigns in Bulgaria so far, have reminded of a war. Unfortunately, it has never been a war between real men. Between strong, confident, and able politicians. It has always been a war of secret (at least they are supposed to be such) weapons, legislation weapons. The thing is to trick the enemy. In other words, it has always been a matter of writing the electoral law that best suits the ruling party.

Nice try, gentleman. It is a pity that this time the plan did not work. Actually, it turned against the trickers, and they became the tricked ones.

The changes in the electoral law that were made a couple of months before the elections, were a desperate attempt of the ruling parties to get as much MPs as possible. They tried to put an 8% threshold for coalition, which eventually did not pass the Parliament after the president put a veto on it.

The biggest change in the Bulgarian election system was the introduction of majority vote. The country was divided into 31 regions which elected only one majority candidate along with the proportional ones. Thus 209 proportional and 31 majority candidates will enter the Bulgarian Parliament. This was the most secret weapon of the ruling coalition. It was aware of the possibility that it might lose many proportional seats. BSP and DPS made an agreement to unite their candidates in the regions where they had certain influence. They were pretty confident of winning those majority seats in the Parliament.

Well, they lost them. BSP did not manage to get even one majority candidate. DPS won five. This was a success for the Turks. In this way, they got a total of 38 MPs, which is two less than their socialist partners. The secret plan failed. And what a failure! GERB has 26 majority representatives in the National Assembly. This allows them to feel confident, and even try to form a government on their own. BSP were defeated without mercy. They lost their own battle.

Another secret weapon, this time owned by DPS, was the so called "ethnic card", which was combined with the divine honesty of the party's leader, Ahmed Dogan. During the whole election campaign, Dogan was trying to scare he electorate, almost 100% ethnic Turks, that the time of the Revival Process, when the names of the Bulgarian citizens of Turkish ethnicity were changed by force would come back if the opposition wins. This was nonsense. Except for the communist party, and Dogan himself, no one has ever wanted this to happen in the late 1980s. It was just a stupid move by the Bulgarian communist government.

Nowadays, younger people in Bulgaria do not even remember this time. And the older ones blame it to the communist and their Turkish associates. So, using this as an inspiration is just irresponsible of Dogan. He did something else that really surprised the audience. He started publicly talking of how powerful he was, and that everything in this country depends on him, and nothing happens without his permission. This was the wrong move that made young people in Bulgaria go and cast their vote. His words made people furious, and they decided to stop him, to stop the hegemony of corruption.

All these, and many other minor mistakes, combined with the complete failure of the last government, led to ruling coalition collapse. They were tricked by their own tricks. They suffered from their own mistakes, and inevitably lost people's faith.

The new government has a lot learn from the old one. The first lesson will be "How not to rule a country". The second one - "How not to make elections".