Ukrainian Military Equipment is Not being Repaired on Bulgarian Territory 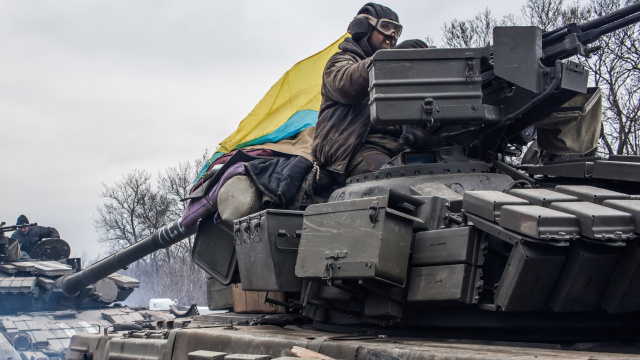 “At the moment, no Ukrainian military equipment is being repaired on the territory of the Republic of Bulgaria”, said the Acting Minister of Defense Dimitar Stoyanov, who took part in the celebrations on the occasion of 145 years of the Shipka epic.

Minister Stoyanov reminded that we have a framework agreement with Ukraine, which in practice is an agreement of intent to repair.

"The Ministry of Defense is looking for all options to ensure the airworthiness of the Air Force against the backdrop of the delayed delivery of the F-16 and the expiring flight capacity of the available MiG-29," Dimitar Stoyanov also stated.

Options for extending the flying capabilities of the MiGs are being considered, for which a meeting with the Minister of Defense of Poland is forthcoming. There are also talks with Israeli companies and other countries about another platform.

"Now our main goal is aimed at Poland. I hope we will succeed. I will soon have a meeting with the Minister of Defense of Poland. Naturally, we are also working on another option - this is another platform to eventually replace the MiG-29. You know that the restrictions that were imposed do not allow the repair of this equipment in Russia. I have sent letters to 4 countries. I have already received a response from two - from France and from Sweden. I am waiting for a response from the USA and from Israel for a platform to replace the MiG-29 during this transit period, in which the Air Force will have no real options if we don’t have MiG-29s on combat duty and perform air policing tasks."

The Acting Minister of Defense also commented on the fire in Kazanlak, which occurred after the explosion of ammunition at the "Tyulbeto" training ground, and explained that an investigation into the case had been initiated.

"When it comes to ammunition that had nowhere to be stored and stored, it is absolutely imperative that they be detonated," said Minister Dimitar Stoyanov.