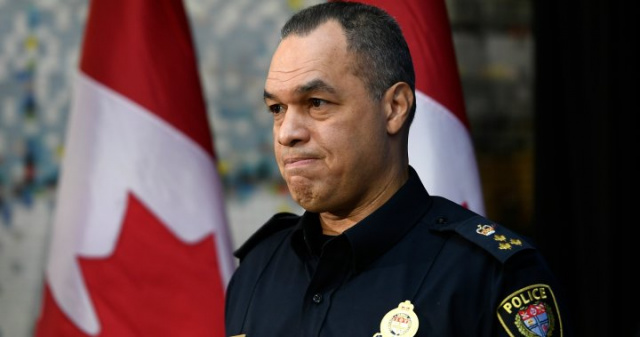 The chief of police in the Canadian capital Ottawa resigned 19 days after the start of the occupation of the center by the Freedom Convoy - the protest of truck drivers against the mandatory vaccination.

The resignation came after serious criticism over a prolonged blockade that halted traffic and hampered trade with the United States.

In a statement, resigned Police Chief Peter Sloy said on Tuesday that he had done everything possible to make the city safe and end this unprecedented crisis. However, he was sharply criticized for not doing enough to disperse the Freedom Convoy.

Ottawa declared a state of emergency a week ago in a bid to end the protest.

State of Emergency in Ottawa over the Freedom Convoy

Yesterday, the authorities took a step back and softened the measures, explaining that the peak of Omicron's wave had passed. Vaccinated passengers will not be required to enter the country from February 28, AFP reported. They will be able to take a quick test. Fully vaccinated will not be quarantined until the results are released.

“It is time to adjust our approach. We are easing border measures today,” said Health Minister Jean-Yves Duclos. The country will also repeal the recommendation to avoid traveling abroad.