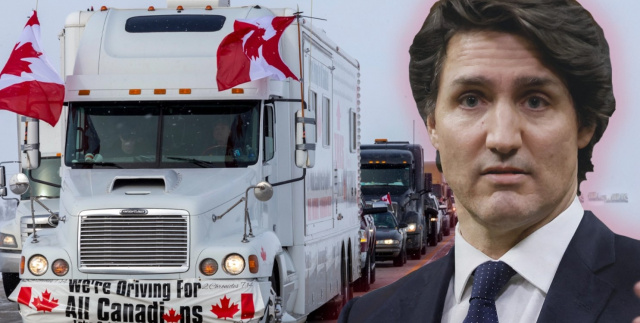 Canadian Prime Minister Justin Trudeau has taken an unprecedented step with the enactment of the Emergency Law because of the protests against the mandatory Covid vaccines, the BBC reported.

Trudeau said the measures would be “time-limited, reasonable and proportionate” - and ruled out military deployment.

Without the need for a court order, banks will be able to freeze the personal accounts of anyone involved in the protests.

Hundreds of protesters remain in Ottawa as part of the so-called Freedom Convoy, which took off from the Pacific coast and arrived in the Canadian capital at the end of the month. Hundreds of protesters, who were forced to be vaccinated to cross the border with the United States, remained in front of the Ottawa parliament.

Gradually, the resentment grew into resistance to all Covid restrictions.

“We are doing this to keep Canadians safe and protect people's jobs,” Trudeau told a news conference Monday, adding that police would receive “more tools” to shut down and fine protests and protect important infrastructure.

Critics of the prime minister recalled that he had expressed support for Indian farmers who had blocked highways in India for a year, saying “Canada will always defend the right to peaceful protest.”