Some Russian Troops are Withdrawing from the Border with Ukraine 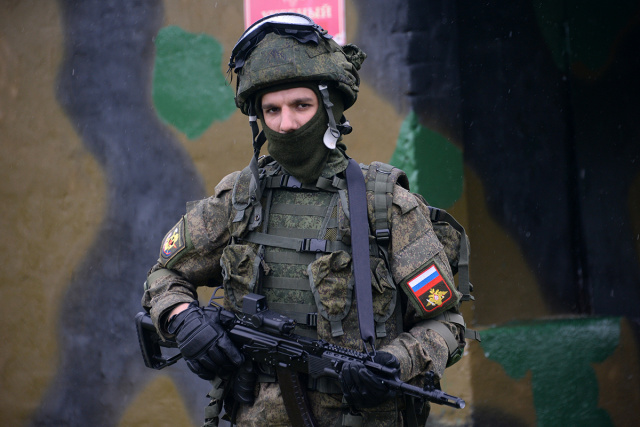 Some of the Russian troops stationed on the border with Ukraine are returning to their garrisons. This was reported by TASS and Interfax.

The official announcement of the Russian Ministry of Defense in Moscow is that they have already completed their exercises in the area.

“The units of the Southern and Western military districts that have completed the tasks have already started loading rail and road transport and will start moving to their military garrisons today,” said ministry spokesman Igor Konashenkov. “Individual units will march on their own in military convoys,” he was quoted as saying by TASS.

The move could ease tensions between Russia and the West as Russian troops flock to Ukraine's borders raise fears of a possible invasion, Reuters reported.

Opinion: Finding a Path for Peace and Neutrality in Ukraine

At the same time, the news does not reassure the authorities in Kyiv.

Russia must withdraw all other forces from the common border, Ukrainian Foreign Minister Dmytro Kuleba told the BBC, adding:

However, the news of the withdrawal of soldiers was welcomed on the Moscow Stock Exchange. There was a rise in the ruble by more than 1 percent against the dollar and the euro.

CNN: Putin is Ready to Negotiate

At 11.05 a.m. Moscow time, it was reported that units of the Southern and Western military districts of the armed forces of the Russian Federation had begun to return to the military garrisons after the exercises.

“February 15, 2022, will go down in history as the day of the failure of the Western propaganda war. Shameless and destroyed without a single shot.”

Russian President Vladimir Putin is “ready for negotiations” on the situation around Ukraine and on guarantees for the security of the Russian Federation, the spokesman for the head of state Dmitry Peskov told CNN.

“First, President Putin has always insisted on negotiations and diplomacy. In fact, he initiated the issue of security guarantees for the Russian Federation. Ukraine is only part of the problem, it is part of a bigger problem with security guarantees for Russia, and, of course, President Putin is ready to negotiate,” the president's spokesman said.

Earlier this morning, Russian Foreign Minister Sergei Lavrov said Russia was not ready to hold endless talks with the United States and NATO on key security issues of concern to Moscow, but that there was a chance for an agreement.

Today, Ukrainian President Volodymyr Zelensky issued a video address to the Ukrainian people calling for February 16, the day on which, according to international media, military action in Ukraine can be expected, to be a “day of unity”.

Zelenski called on the country's people to wave flags and sing the national anthem together, Reuters reported.

Representatives of the Ukrainian government stressed that Zelensky did not predict an attack on Wednesday, but reacted skeptically to reports in foreign media.

“They tell us that February 16 will be the day of the attack. We will make it a day of unity,” Zelenski said in a video message.

“They are trying to intimidate us by once again setting a date for the start of hostilities,” Zelenski said.

Zelensky has long argued that while he believes Russia is threatening to invade his country, the possibility of an impending invasion has been exaggerated by Western allies in response to Moscow's efforts to intimidate Ukraine and sow panic.