Leader of Macedonian Opposition Demands Apology and Guarantees from Bulgaria 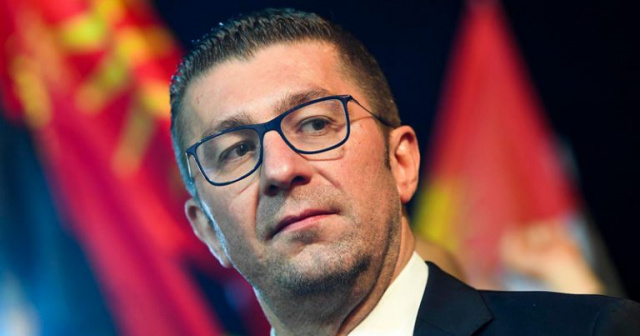 The leader of the opposition VMRO-DPMNE in the RNM, Hristijan Mickoski, has asked Bulgaria to give written guarantees that it will not block his country on the road to the EU. He also demanded that the Bulgarians apologize to the RNM for “the massacre of 7,200 Jews in the Treblinka camp during World War II.”

“The Bulgarian constitution does not recognize collective rights, individual - yes, they do not intend to change the constitution for us, but the Bulgarians have to do something, to implement any of these decisions, or at least to apologize for seven thousand and two hundred Jews who were sent to Treblinka during World War II. Do you know how Willy Brandt can apologize? There is a way to apologize,” Hristian Mickoski told local TV Channel 5.

Asked if the government would raise the issue of including Bulgarians in the constitution, how would VMRO-DPMNE react, Mickoski said they did not change their views on the situation. “If there is no reciprocity, written guarantees that the veto will be lifted and that in the future there will be no stupid blockades to convince us again that we were Bulgarians until 1944. There is giving and taking in life, not just taking.” Mickoski said that the SDSM government was constantly violating its positions in international politics negotiations.

150 Years Since the Birth of Gotse Delchev: Bulgarian President and PM together in Blagoevgrad

“They shouldn't promise at all, here's one thing - let them remove the footnote on language, we don't need it anymore and we'll say well done, there are actual changes in positions,” Mickoski added.

Mickoski said the VMRO-DPMNE parliamentary group would submit a declaration to the Macedonian parliament tomorrow on the occasion of the 150th anniversary of the birth of “Macedonian” revolutionary Gotse Delchev, outlining positions on the Gotse Delchev issue.

Asked if he would be the prime minister who will lay flowers at the monument to Gotse Delchev along with Bulgarian PM Kiril Petkov, Mickoski said yes, only if Petkov agrees that Gotse Delchev fought for his Macedonian independent state.

“If Petkov agrees that Gotse Delchev is Macedonian and fought for his Macedonian independent state, then I have no problem,” Mickoski said.