N Korea's Missile Could Have Reached US - Report 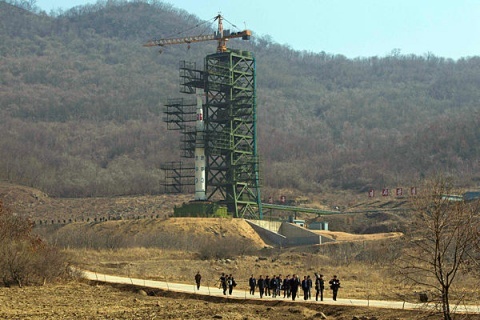 A group of journalists walk down a road in front of North Korea's Unha-3 rocket at Sohae Satellite Station in Tongchang-ri, North Korea, in April. Photo by csmonitor.com

The missile fired recently by North Korea is estimated to have a range over 10,000 km, according to official experts from South Korea.

This means that similar missiles have the potential to reach the United States.

The South Korean Ministry of Defense has stated that according to analyses of parts recovered from the rocket, it carried some 500-600 tonnes, and had a range over 10,000 km.

North Korea fired an Unha-3 missile December 12, against the outcry of the international community, including China and Russia.

Although many countries, including the US, have seen the move as a step ahead of the North's nuclear program, authorities in Pyongyang have stated that launch was completely peaceful.

Saturday North Korean leader Kim Jong-un called for further development of space technology and the launching of more rockets after the success.