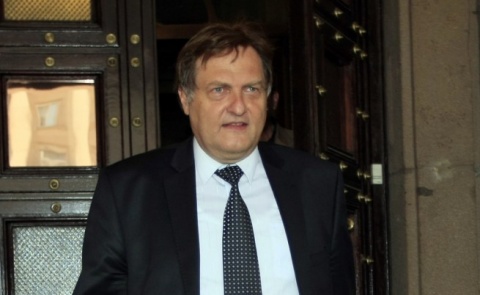 A commission of experts at the Bulgarian Academy of Science (BAS) has concluded that 95% of Bulgaria's Black Sea coast is occupied by dunes or nascent dunes.

The conclusions of the commission, which was appointed by the caretaker government, were presented Friday in Parliament by said Investment Planning Minister Ivan Danov.

"This is too much and we believe that it would block the overall economic development of this region," he stated, as cited by dnevnik.bg.

Bulgaria's caretaker government had allocated a total of BGN 500 000 to the preparation of a cadastral map of dunes.

The step was taken after a scandal over a plot of 29 decares on sand dunes near Nessebar turned out to have been sold by municipal authorities to private investors who had started construction activities in end-2012.

Dimcho Mihalevski, MP of the Bulgarian Socialist Party (BSP) and Chair of the parliamentary regional policy committee, who brought up the question, called for deciding on the statute of these territories as fast as possible so that the EU-funded projects there could move forward.

Danov announced that he had asked for an allocation of BGN 10 M, VAT excluded, from the 2014 Budget for the preparation of cadastral maps and registers in 8 districts of Sofia, 13 regional centers and 27 localities.

He informed that sums of BGN 13 M would be necessary in 2015 and in 2016 so that by end-2017 some 40% of Bulgaria's territory was included in cadastral maps and registers.

Bulgaria's Investment Planning Minister assured that geodesic firms had the capacity to absorb sums of that scale.

Danov reported that the preparation of the cadastre had absorbed a total of BGN 79 M since 2001, adding that the Cadastre Agency had returned to the state budget some BGN 96 M in revenues from its activities.