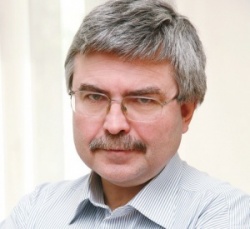 Mr. Harsev, according to the official information received by the BGNES news agency from the Ministry of Finance according to the Law for Acces to Public Information, for the last 3 years ex Bulgarian PM Boyko Borisov's cabinet has spent BGN 170 М on bonuses for civil servants. What is your comment on this finiding?

Well, when summed this sounds a lot, but if we divide the money for 3 years, you will see that it is not that much. Since part of the funds has been spent for stimulation, this is normal. This is spending for the budget.

This is normal practice in all countries in Europe and around the world. The problem is not that money is being spent, but precisely for what.

But if we take into account that bonuses per month were sometimes over BGN 800 per civil servant, while people across the country are having a hard time financially, and pensions are low...?

What can I say...?! Even if the salaries of those who work [in the private sector] do not grow, there must be money for additional stimulation of hardworking civil servants.

But we must not forget, that in Bulgaria there are some 2.9 M people working, civil servants being at least 0.8 M, and then we have to feed some 4 M retirees.

So it turns out that with the salaries of those 2 M, we cannot feed the hungry.

In a manner of speaking, you cannot take from the ox that plows for everyone and give it to the pregnant cow, who is hungry.

In the end of the day truth cannot be hidden. We must have competitive remuneration, normal prices of products, and all that.

I am certain that this "crisis" that drove millions of Bulgarians outside of the country is the product of fairytales. An able person will make profit anywhere. The good-for-nothing and the wealking leave the country.

Yet it is also true that we are at present being harshly thieved from, we are milked from all quarters. I mean those in power both at home and abroad.

How do you thing, are the above data regarding the Borisov cabinet bonuses going to influence the May 12 early general elections outcome?

Of course they will affect the vote. The fact that many are theiving while others starve - this has been a well known fact not from yesterday, but rather for years.