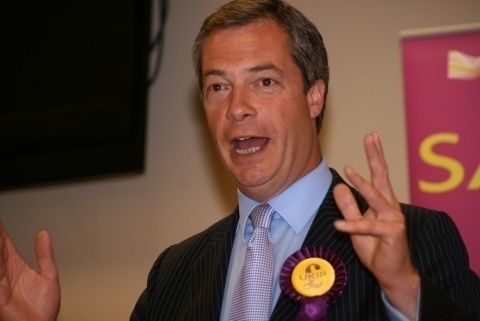 The UK's Labor party celebrates victory in the parliamentary by-election in South Shields, but the big news is that there the Independence Party, UKIP, of MEP Nigel Farage has finished second.

UKIP has won 42 seats so far and is averaging 26% of the vote in the wards where it is standing.

The party won its first ever seats on Hampshire County Council and 16 seats on Lincolnshire council, ensuring the Conservatives lose overall control, including three members of the same family.

Farage has hailed early gains in council elections across England as "remarkable" for the party, putting the formation in a "very strong position" in the run up to the next general election.

The Conservatives have lost control of two councils, but retained five others, while Labor made modest gains in the Midlands and the south of England.

UKIP is riding high in the opinion polls and fielded more than 1 700 candidates - three times the number that stood in 2009, when the party won just seven council seats.

The party, which campaigns for the UK to leave the European Union, has been polling 12 points higher, on average, than in wards where it stood in 2009. Farage is well-known in Bulgaria over his strong opposition to the opening of his country's labor market for Bulgarians and Romanians.

"The people who vote for us are rejecting the establishment and quite right too. Three parties, three fronts benches who look the same and sound the same and made up of people who basically have never had a job in the real world. But are they voting UKIP just to stick two fingers up and to scream very loudly or are they voting UKIP because we're offering positive policy alternatives? I don't think these votes are going away quickly. Get the message," Farage told BBC Radio 4.

Contests are taking place in 27 English county councils and seven unitary authorities, as well as in Anglesey. About 2 300 council seats are up for grabs in England, in a major mid-term test for the coalition government.

Most of the counts will take place later on Friday.