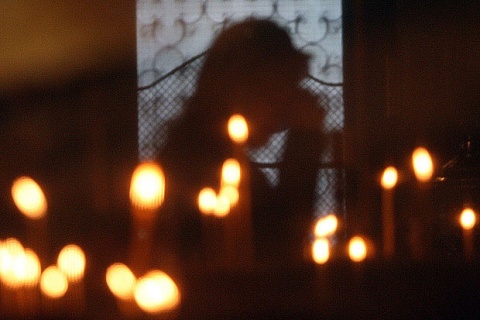 In Bulgaria, Annunciation, one of the most important Christian holidays, is called Blagoveshtenie, which literally means "delivery of the good news". File photo

Bulgarian Christians celebrate Monday one of the most important Christian holidays - Annunciation.

According to the Bible, Annunciation is the revelation to Mary, the mother of Jesus Christ, by Archangel Gabriel that she would conceive a child to be born the Son of God. It is believed Annunciation took place in the village of Nazareth

Bulgarians believed this was the day when the cuckoo would sing for the first time in the year. Depending on what they were doing when they heard the bird sing, and depending on how it sounded, they would make different predictions about their lives and well-being in accordance with a rather complicated set of legends. One of the legends advises everyone to leave their house full and with money in their pockets in case they hear the cuckoo sing so that they would be the same way all year long. It is also believed that it is a bad omen to see a stork that is not flying, but laying or walking.

Bulgarians often call this day "Half Easter." On Blagovets, they also used to pierce young girls' ears and stain the lambs and the kids because they believed it would not hurt. On that day all poison looses its strength and people go treasure hunting. Bulgarians also clean their homes and light ritual fires. They used to gather around them and sing folklore songs. At these meetings young men and women would pick their future love as the spring was believed to be the appropriate seasons for that.

The holiday meal includes baked or boiled fish and round loafs.

The Blagovets holiday has another even more magical and secret meaning. This is the day when the woodland fairies found in the South Slavic folklore and called samodivi in Bulgaria, reappear in the rivers and lakes after they have spent the winter somewhere far away. The fairies are very secretive, and dangerous because they could kidnap anyone who encroaches upon their territory, and take them into another world. Young women and brides are not allowed to go out of the house early in the morning so that they could avoid the samodivi, whose glance can turn them ugly, make them sick or even die.

Another folklore belief about Blagovets is that this is the day when all snakes and lizards wake up and crawl out.