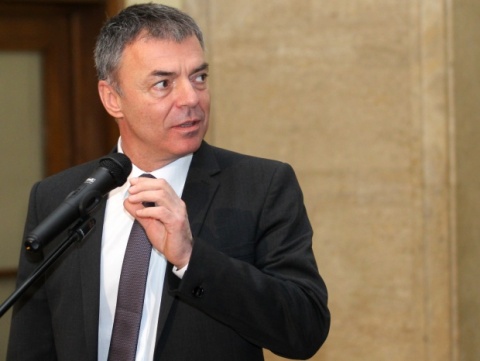 Bulgarian Education Minister, Sergey Ignatov, resigned amidst accusations he has been covering up abuses in financing of science and research in the country. Photo by BGNES

Bulgaria's Education Minister, Sergey Ignatov, has resigned from the post.

Ignatov has submitted his resignation on the request of Prime Minister, Boyko Borisov, the Cabinet's press office informs Monday.

The news broke just hours after the resignation of the manager of Bulgaria's embattled and scandal-ridden Scientific Research Fund, Hristo Petrov.

The PM stated Monday that he just learned about the violations and the scandal with financing science and research in Bulgaria and pledged that more heads would roll by the end of the day.

Back in December, sixty two Members of the Parliament requested the establishment of an ad hoc committee to probe tipoffs for illegal activities in the Scientific Research Fund.

It also emerged that the President of the European Commission, Jose Manuel Barroso, has invited a group of Bulgarian scientists to discuss the sandal.