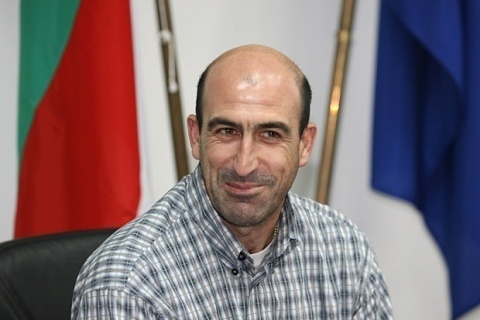 The reporting judge in the trial against Yordan Lechkov, football legend and former Mayor of Sliven, in the Sliven District Court has withdrawn on grounds her husband has started work for the Sliven City Hall.

The husband of judge, Anna Dimitrova, has begun the job after the first Court session on October 15, 2012.

The case is now on hold until a new judge is assigned.

This is the first trial in a series of other ones against the ex-Mayor to be handled by the Court in Sliven. Until now, the cases were tried in other courts because of the widespread practice of self-withdrawals of Sliven magistrates.

Lechkov is charged with abuse of power because while in office as Mayor he has ordered a school principal to stop a public tender for repairs of the school building and hire a particular company to execute them.

If proven guilty, Lechkov is facing anywhere between 3 and 10 years behind bars and a fine of BGN 3 000 – 5 000, along with being banned from holding any State or public office.

The first session was scheduled for September 3, but was postponed on grounds the defendant needed time to find a lawyer since his own attorney retired.

There are currently five different cases against him at different stages and one not-guilty verdict.

Yordan Lechkov, currently also a Vice President of the Bulgarian Football Federation, was a key member of the historically best Bulgarian national football team, who went on to grab the fourth place at the 1994 FIFA World Cup in the USA.

At the local elections in October, Lechkov, endorsed by the ruling Citizens for European Development of Bulgaria party, GERB, ran for a second term in office, but was defeated by Socialist Kolio Milev.