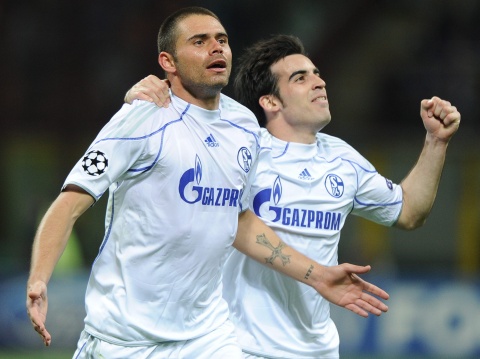 Thursday Miller is in Sofia, where he signed in the presence of Bulgarian PM Boyko Borisov the final investment agreement for the Bulgarian participation in the South Stream natural gas pipeline project.

As part of the energy visit, Bulgaria and Russia also signed a new 10-year natural gas delivery contract that lowered prices for Bulgaria with 20%.

"If cooperation between Bulgaria and Russia continues to go so well, we can consider financing the Levski football team," said Miller.

At the press conference Thursday, it was not made clear why Gazprom preferred Levski over CSKA.

Speculations have it that Gazprom prefers sponsoring teams playing in blue jerseys, corresponding to the company's own colors, and natural gas as "the blue fuel."

The most famous football teams sponsored by Gazprom are German Schalke 04 and Russian Zenit.