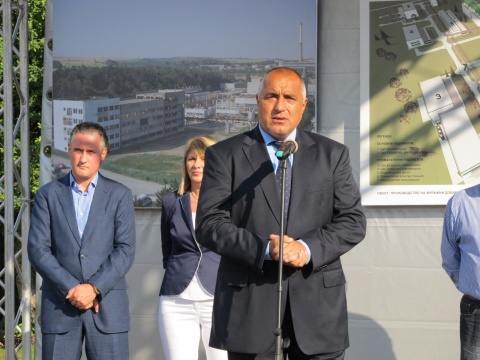 The new highway stretch, which was completed ahead of term by the Magistrali Trace Consortium, is to allow Bulgarians to get to the seaside 20 minutes faster.

The remaining part of the Trakia Highway to the Petolachkata junction is to be finished by the beginning of August.

The highway stretch between Nova Zagora and Yambol is to be wrapped up by July 15.

The Trakia Highway has been scheduled for completion in February 2013, when the last contract for EU funding for the project expires.

On Friday, Prime Minister Borisov will cut the ribbon on the new road junction at the exit of the Black Sea city of Burgas on the road to Sozopol.

The new road junction is expected to ease the traffic flow to the southern part of Bulgaria's Black Sea coast and to eliminate traffic congestions at the exit of Burgas.

The project took about one year to complete.