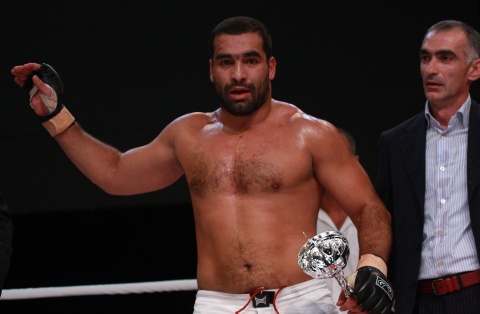 File photo of Blagoi Ivanov aka Bagata by BGNES

The condition of Bulgarian MMA fighter Blagoi Ivanov who was recently stabbed has been stabilized but his life is still in danger, according to doctors.

Ivanov is still under artificial aspiration, the BGNES news agency has reported. He has undergone a 6-hour-long surgical intervention in Sofia's Pirogov hospital and complications are expected as a result of his severe wound.

A 23-year-old man with a police record has been suspected for the assault and has been apprehended by local police authorities.

Sunday night Ivanov and two of his friends had just occupied their places in a bar on Graf Ignatiev Str., when a group of 8 persons armed with bats and knives, including the suspect, allegedly came in and attacked them.