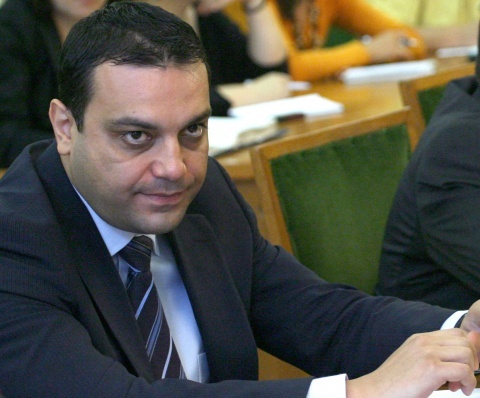 Bulgaria's Transport Minister, Ivaylo Moskovski, says reforms in BDZ must be implemented despite the discontent of workers and labor unions. Photo by BGNES

Moskovski told journalists after the more-than-an-hour-long meeting that there wasn't any change in the positions of both sides, meaning the strike will start Thursday as scheduled.

The President of the Confederation of Independent Syndicates in Bulgaria (KNSB), Plamen Dimitrov, and the Chair of the Strike Committee at the Labor Confederation Podkrepa (Support), Evgeniy Dushkov, were also part of the meeting.

The Minister reiterated that BDZ is not responsible for providing buses during the strike for stranded passengers and that such plans have not been made.

He said railway workers must "provide minimum transportability," but failed to elaborate.

Moskovski further announced talks would be held in the upcoming 3-4 days in an attempt to find a solution, all while pointing out the railways would not be able to sustain a prolonged strike.

When asked if those who take part in the strike are going to be fired, he replied: "Nonsense."

Bulgaria's railway unions have vowed to stage a mass strike after the early November announcement of the management of the heavily-indebted BDZ company that it intended to lay off 2 000 workers, and reduce the number of trains in operation by 150 by January 2012, all while train fares would go up between 9% and 15%.

One day earlier, the BDZ management declared the strike illegal and vowed to count by name those who take part.

It was also announced that all BDZ employees and workers were going to be required Wednesday to sign against their name if they were going to strike or not.

The labor unions insist the strike is legal. On Tuesday they confirmed they are starting an effective strike on November 24.

The strike had already been scheduled for Thursday from 8 am to 4 pm, but the railway labor unions informed at a special press conference Tuesday that the strike now will be termless – all trains will be halted every day between those hours.