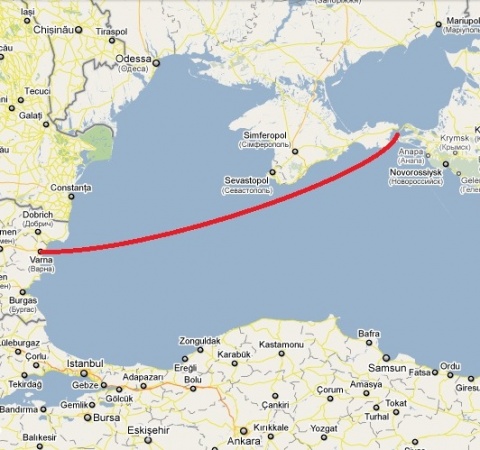 The lucrative Varna-Port Kavkaz railway-ferry line will be operated by a new company called Varna Ferry. Photo by harmony-estates.ru

Bulgaria's major maritime and river shipping companies have come together to set up a joint venture for ferry boat transport called "Varna Ferry" which will run the lucrative direct Bulgaria-Russia ferry line.

According to the information supplied by Bulgarian River Shipping to the Bulgarian Stock Exchange, Varna Ferry will deal with freight and cargo ferry shipping, acquisition and management of vessels, and foreign trade. The company has a starting capital of BGN 100 000.

Through the setting up of the Varna Ferry company, the two shipping operators are in fact taking over the operation of the direct railway-ferry boat line between Bulgaria's Varna and Russia's Black Sea Port Kavkaz.

Varna Ferry is being set up after last week the Bulgarian Competition Protection Commission approved the establishment of the joint venture between Navigation Maritime Bulgare and Bulgarian River Shipping.

The competition watchdog found no horizontal or vertical dependence between the two companies, and declared that their joint venture will not change their market situation which made the concentration of business activity permissible.

The Black Sea ferry line between Bulgaria's Varna and Port Kavkaz was opened in March 2009 in order to facilitate the trade and transit between Bulgaria and Russia and the former Soviet Republics in Central Asia.

In 2010, the freight traffic through the Varna-Port Kavkaz ferry registered an increase of over 330% year-on-year.