Republicans Grab Hold of US House in Midterms 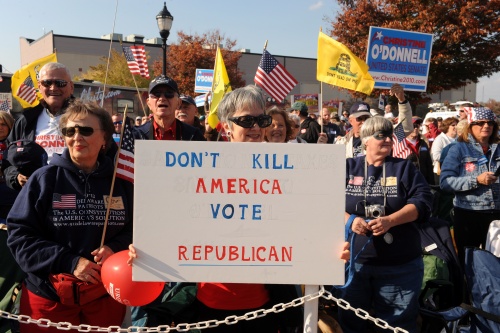 President Barack Obama's Democratic Party suffered a substantial loss in the US midterm elections Tuesday losing control of the House of Representatives and barely holding on to a majority in the Senate.

Even the final tally of the votes has not been completed, CNN estimates show that the Republicans gained at least 60 more seats in the House than they had, with 52 needed to secure a majority.

At the same time, they gained at least 6 seats in the Senate; nonetheless with the Democrats saving their key seats in California, Delaware and West Virginia, Obama's party has managed to guarantee a thin majority in the upper house of the US Congress, the Washington Post points out.

President Barack Obama has called House Minority Leader John Boehner of Ohio to congratulate him on the election results.

The impact of the Tea Party movement on the US midterm elections has been assessed in various ways by analysts but the prevailing opinion is that it has energized the vote against the Democrats and President Obama.

In key Senate seat races such as Delaware and Nevada (the latter was won by US Senate Majority Leader Harry Reid), the Republicans are believed to have lost by nominating Tea Party activists not to the liking of mainstream GOP voters.