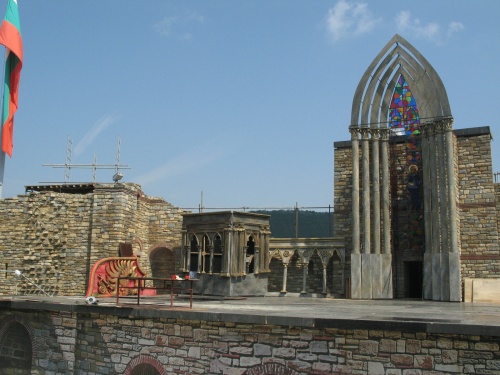 The third edition of the summer opera and ballet festival "Stage of the Ages" will be situated among the natural sets of the palace Tsarevets. Photo by BGNES

The chair of the Bulgarian Parliament, Tsetska Tsacheva, will open the third edition of the summer opera and ballet festival “Stage of the Ages” in the Bulgarian city of Veliko Tarnovo.

The festival will be situated on the Tsarevets hill in Veliko Tarnovo. It will feature singers and dancers from the National Opera and Ballet, as well as the dancers from ballet “Arabesque”.

On July 30, 31 and August 1, “Stage of the Ages” will present the opera “Don Carlos” by Giuseppe Verdi, directed by Plamen Kartalov.

On August 6, ballet “Arabesque” will perform their shows “Crazy Wine”, “Duplicity” and “Bolero”.

The audience can watch the ballet's performance of “Carmina Burana” by Carl Orff, choreographed by Boryana Sechanova, on August 7, 8.

All the performances will begin at 9 pm. The tickets will cost between BGN 10 and BGN 30 and will be sold in the cash registers in front of the Tsarevets fortress, in Tarnovo's theater, in front of the City Court and at the Faculty of Fine Arts of the Tarnovo University.