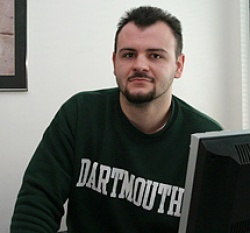 Ever since it became clear some time ago that Boyko Borisov and his GERB party were the most likely bidder to govern Bulgaria after the Stanishev government, the major question has been whether the charismatic GERB leader has enough qualified people for the job.

A political party that wants to rule a country the size of Bulgaria needs to have about 2 000, possibly even more highly qualified and experienced experts in order to fill the key positions in the executive and legislative branches and the state administration.

Clearly, some of a party's top experts are expected to take up the ministerial seats. So how does Borisov's choice of ministers answer the question of whether he has the people to govern Bulgaria?

To start with, it is important to note that the Bulgarian Vice-President of the World Bank, Kristalina Georgieva, who is the most high-ranking Bulgarian in any international organization at the moment, was expected to take the First Deputy Prime Minister job in the Borisov government but did not, for some reason. (It remains unclear whether Georgieva was unable to leave the World Bank for technical reasons, or just chose to remain in Washington, DC.)

Georgieva's failure to join the GERB cabinet might have been a severe blow to Borisov's strategy as she is widely believed to be one of the greatest experts that Bulgaria has produced in the recent decades. With Georgieva out of the picture, the most notable names in the new cabinet are:

Tsvetan Tsvetanov (Minister of Interior and Deputy PM) who seems to be Borisov's most trusted man since Borisov became Chief Secretary of the Interior Ministry in 2001; Tsvetanov followed Borisov from the Ministry to the City Hall when he became Sofia Mayor in 2005, and then chaired Borisov's party when the Mayor decided to found one but could not be the formal leader because of legal constraints;

Rumiana Jeleva, who has been acclaimed as GERB's most successful MEP; Jeleva's choice for a Foreign Minister is somewhat weird since she is a professor of sociology...; on top of that reports claim she would be GERB's nomination for the new Bulgarian Commissioner in the fall of 2009, and in this scenario she would remain Foreign Minister for just a couple of months...;

Nikolay Mladenov, a former MEP, with a King's College degree in war studies is taking over the Defense Ministry; construction business Rosen Plevneliev, the main figure in the setting up of the Sofia Business Park, will be Regional Development Minister;

In a bid to show some ethnic diversity and including, Borisov appointed the renown Bulgarian sculptor of Turkish origin, Vezhdi Rashidov, Minister of Culture; the other bidder for this post, National History Museum head, Bozhidar Dimitrov, remained a Minister without Portfolio in charge of Bulgarians abroad;

Dimitrov's inclusion in the government raised many questions not that much because he is known to have collaborated with the State Security service of the former communist regime but because he described his appointing as minister as follows: "Borisov is a friend of mine, he asked me, and I accepted"...

The rest of GERB's Ministers are rather unknown; this does not mean, however, that they do not have the respective amount of relevant experience in their spheres: Prosecutor Margarita Popova (Justice Minister), Alexander Tsvetkov (Transport Minister), Nona Karadzhova (Environment Minister), to name a few.

The big surprise which quickly turned into the big question mark of the Borisov government is the Economy Minister nominee, Traicho Traikov, a 39-year-old economist with experience in the private sector but with no public service record whatsoever who has hardly been known outside of his company, the Austrian-owned EVN-Bulgaria.

Traykov's job will be pretty tough not only because the Economy Ministry is one of the key ones but also because it is now a Ministry of Economy, Energy, and Tourism, as the State Tourism Agency is getting merged with it.

All in all, Borisov's government does not really include many media superstars and widely known persons, and GERB's critics see this as an indication of the party's weakness in terms of top specialists.

On the other hand, the future Prime Minister is convinced that he had assembled a team of top-quality experts. The GERB party claims that it was trying to put forth "fresh faces".

I for one fail to see how the fact that someone is not publicly famous would prevent them from being a good minister should they have all the other qualities so this arguments seems too weak.

When Bulgaria's former Tsar Simeon Saxe-Coburg formed a government in 2001, his cabinet probably had more unknown faces (including Boyko Borisov as Interior Ministry Secretary) than Borisov's does now, and that government ended up signing Bulgaria's EU accession treaty, and presiding over its NATO accession.

And one should not forget the great advantage of the newbies - they are not burdened with issues from their participation in past governments (even though they will be pretty soon).

So for the time being let's give Borisov's ministers and team the benefit of the doubt...