Bulgaria's GERB Government: Minority, Plurality, Majority, or All of the Above 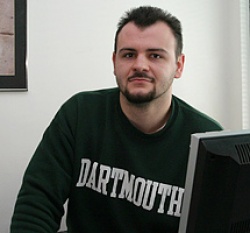 Bulgaria's Prime Minister-to-be, Boyko Borisov, has announced that his party GERB was going to form a cabinet of its own, without any coalition partners. The big question is how stable such a government will be.

In the Bulgarian Parliamentary Elections on July 5, GERB clearly scored a sweeping victory - it had never been forecast to receive more than 30% of the votes but it got 40%, whereas the closest second, the governing Bulgarian Socialist Party, won only 17,7%.

Yet, Borisov's GERB got only 116 deputies in the new Parliament - 5 short of the 121 needed for a majority in the 240-seat institution. Once this became clear, Borisov has had to figure out a way to go about forming a stable government.

Although GERB did not elect 121 MPs, the election results were favorable to it in another way. Three other rightist political players, which can be described as potentially "friendly" to GERB (largely because of their opposition to the outgoing three-way coalition of the Socialists and the ethnic Turkish DPS party), made it to the Parliament.

These are the nationalist "Ataka" party with 21 MPs, the Blue Coalition (whose major members, the UDF and the DSB, are among the three Bulgarian members of the European People's Party together with GERB) with 15 MPs, and the RZS ("Order, Law, Justice") party, which describes itself as "conservative", with 10 MPs.

All or any of these three are clearly potential coalition partners for GERB, and are ready to throw their support behind Borisov in exchange for a couple of ministerial seats, for example.

However, Borisov picked the pretty intriguing "no coalition" option. He has expressed a number of times his concern that a coalition government could lead to the watering down of responsibility, and to the minor partner blackmailing GERB, threatening to withdraw its support for the joint government any time.*

If one is to follow this rationale of Borisov's, a coalition cabinet of GERB and any of the three likely partners is not necessarily going to be very stable (as he claims he would be unwilling to make concessions to the minor partner, and the cabinet would collapse).

Thus, Borisov is left with forming a government based on the parliamentary support of his 116 MPs. Bulgarian media and politicians have already started to term this "a minority" government - because, clearly, the combined votes of all other parties in Parliament are 124, and could potentially reject any motion of GERB, and even easily topple a new government.

Upon receiving the cabinet mandate from President Parvanov on Thursday, July 16, Borisov remarked that calling his future cabinet "a minority government" was incorrect because GERB had 116 MPs, and the closest second party had won only 40 MP seats.

It is important to point out here that the Bulgarian political jargon has no word for "plurality" (i.e. the greatest number of votes but still below 50% of the votes).

So Borisov's new cabinet could be a "plurality government". Some Bulgarian political analysts have already made the point that 116 MPs would be sufficient for the parliamentary support Borisov needed - for one thing, all 240 Bulgarian MPs hardly ever show up to work every day, and for another - there might always be a few dissenters from some of the other parties, who might agree to vote together with GERB on some issues.

The validity of these arguments seems rather questionable, and Borisov has set out to invent a brand-new model to turn his "minority" or "plurality government" into a cabinet of the "majority".

GERB has offered every party in the Parliament except for the BSP and the DPS (i.e. Ataka, the Blue Coalition, and RZS) a political memorandum for supporting their government on the grounds of shared national priorities, providing political stability, conducting rightist policies, and keeping the parties of the former three-way coalition out of power.

The shrewdness of this move lies with the fact that it is extremely hard to imagine that any or all of the three minor right-wing parties - the Blue Coalition, Ataka, and RZS - are going to side with the BSP and the DPS - and to vote against GERB - on any issue. If they do so, they would clearly lose much of the trust of their voters.

(If GERB fails to form a cabinet and returns the mandate to the President, the only way to avoid new elections would be if all other five parties got together with their 124 MPs to form a government, which is practically unthinkable.)

What is more, none of these three political players seems to have any practical interest in failing a GERB cabinet and holding new Parliamentary Elections. First, new elections are viewed by them, especially by the Blue Coalition, as potentially ruinous for the Bulgarian economy.

And, second, and more important, there is strong evidence to suggest that GERB, which did unexpectedly well in the July 5 elections, thanks to the last-minute mobilization of the Bulgarian voters, would probably do even better in the new elections, where it might even capture an actual majority, and not just a plurality. At the same time, the three minor rightist parties would get to be blamed for sabotaging a potentially stable right-wing government of Bulgaria led by GERB.

As none of these three players have any rational interest in sabotaging GERB, Borisov's new cabinet might end up with the political support of all three, which would mean 162 MPs out of 240, voting in GERB's favor turning it effectively into a majority government. (And don't forget that Borisov needs the actual support of only one of the three rightist parties!)

All in all, the strategy of Borisov and GERB that seeks to turn their parliamentary "minority" or "plurality" into a right-wing majority without having to give up any ministerial seats and to share responsibility relies on rallying all parties that used to be an opposition to the former three-way coalition based on 1) "Bulgaria's national interest" - which has proven to be a rather unclear and shaky formula in the past, and on 2) the self-interest of the minor right-wing parties - which seems to make a lot more sense.

While Borisov's GERB is nowhere near a position of power that it would have had with 121 MPs, there seems to be a rather fair likelihood that its strategy might be successful, and that Bulgaria would have a stable government for at least a couple of years to come, or perhaps even for the whole 4-year mandate.

* In the 2001 Parliamentary Elections, the NMSP party of former Tsar, Simeon Saxe-Coburg won 120 votes, one short of a majority, and formed a government coalition with the ethnic Turkish party DPS, which had 24 MPs.