The Kilometer as Bulgaria's Latest Measure of Success 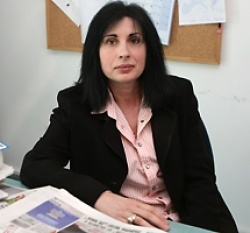 An intriguing new trend is observed in Bulgaria in the wake of the July 5 general elections - the ruling socialists' bragging about kilometers of highways built during their four year term.

A week ago, Bulgaria's Prime Minister, Sergey Stanishev, said his Cabinet built the most roads in the country's history while just days earlier, Deputy Prime Minister in charge of the European Funds, Meglena Plugchieva, proudly stated that "the Lyulin highway turned from Bulgaria's failure symbol to a symbol of its success."

"The EC decided to unfreeze EUR 1,25 B from the EU "Transport" program for Bulgaria's roads. We have every right to feel satisfied with our work," Plugchieva said at the official opening of the first five kilometers of the "Lyulin" highway near Sofia.

The launch was supposed to be much more impressive with the personal attendance of the European Regional Policy Commissioner, Polish socialist Danuta Hubner, but to the organizers' disappointment the Commissioner canceled at the last moment.

According to anonymous sources, Hubner's team advised her to postpone the trip over her presence at Bulgaria's crossroads in times of active election campaigning.

The five glorious kilometers were all spruced up for Hubner, who was supposed to see four lanes of brand new road with freshly painted markings. She would have been positioned, I guess, in a way that would not let her notice the paint placed over unfinished pavement, or the half-done shoulders and the nearby "Lyulin Highway Ends Here" sign.

Old habits never die. During the communist regime, when Todor Zhivkov and his cohort would pay a visit, entire towns and factories were scrubbed and hosed down, flowers were planted, smiling and waiving people used as props, sometimes cardboard houses like in a movie set complemented the scenery.

Now Hubner says she might come after the elections.

Fortunately, paint like words, is a cheap commodity in Bulgaria. It can be freshened or quickly covered up, similarly to a politician's promise.

Communist Bulgaria used to measure its accomplishments by made-up "five year production plans" and their even phonier overachievement. Democratic Bulgaria now began measuring success in kilometers. One kilometer at a time. A very long time.

Bulgarians were just told that five unfinished kilometers of highway were the greatest triumph.

Probably no one will be surprised when these days someone decides to pompously inaugurate half bridge and call it success.

What will happen when those scores of speeding Bulgarian drivers with unreliable breaks get to the middle and face the abyss is another matter. We will deal with the issue then. Hopefully after the elections.