The 2009 Eurovision mash-up in Moscow, which got under way on Tuesday night, promises to be a more sober affair than last year's contest, with virtually all countries sending songs they feel have more credibility.

On this occasion, the first time the contest has been held in the Russian capital, the winner won't be determined by the great European public alone - half the vote has been given to juries of musical experts in an effort to dampen down neighbourly voting.

After the first of the two semi-final competitions with eighteen countries, which took place in the Russian capital Moscow Tuesday night, Avramov and "Illusion" were not among the ten performers, who were selected by the European audience to go to the final on May 16.

The ten countries, whose performers qualified for the Eurovision 2009 Song Contest final on Saturday after the semi-final in Olimpiyskiy Arena in Moscow, are Turkey, Sweden, Israel, Portugal, Malta, Finland, Bosnia and Herzegovina, Romania, Armenia, and Iceland. 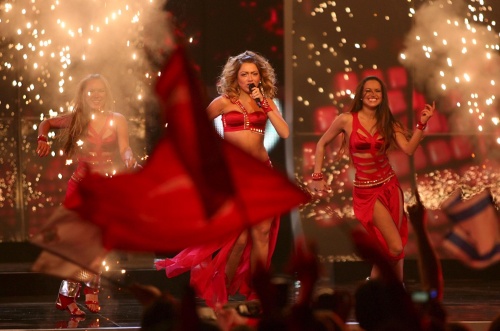