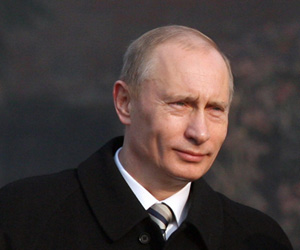 The United Russia party has been asking Putin to head it for the last seven years, the Russian publication RBK Daily reported.

On Monday the party congress approved an amendment to its statutes, which allows a non-member to be elected chair.

Putin's authority in his new capacity will be unrestricted. The current chair of United Russia Boris Grizlov, who is also the Speaker of the Russian Duma, is going to head the Supreme Council of the Party after the Putin assumes the chair position.

RBK Daily comments that Putin aimed to become like the Chinese leader Deng Xiaoping - an informal leader who controls all power mechanisms in the country.

The newly elected Russian President, Dmitrii Medvedev, who assumes power on May 7, has declined the offer to join the United Russia party because of his new positions.

Medvedev, however, spoke before the congress in favor of Putin's joining the party.

The outgoing President Vladimir Putin is expected to be approved by the Duma as the new Russian Prime Minister on May 8.