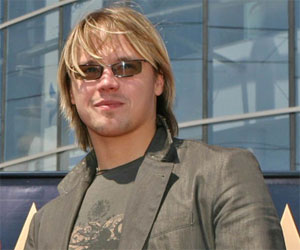 One man was killed, a girl was taken to the hospital in a coma and two other youngsters were seriously injured in the accident.

Maxim Staviiski could not be reached for any comments on Monday because this was the advice of his lawyer.

A breath alcohol test minutes after the crash showed the world skating champion had 1.18 of blood alcohol, the blood test showed 1.10. The legal driving limit in Bulgaria is 0.50

Drivers in Bulgaria only face legal prosecution for drunk driving when the two alcohol tests showed more 1.20 permilles of blood alcohol or more. In this case Maxim is only likely to be banned from driving for a year and get a BGN 500 fine, as provided by the traffic law.

If Staviiski faces court, he might be easily acquitted as he has clean criminal past, did not run away from the accident and did not refuse to give blood samples for the alcohol test, lawyers commented on Tuesday for the Standart newspaper.

Staviiski veered into the opposite lane and bumped headlong into a Honda Civic with four people riding in it.

The driver of the Honda died in a hospital, while his passenger - a woman - was hospitalised in a coma.