The US Extended its Military Contingent in Romania by 9 Months 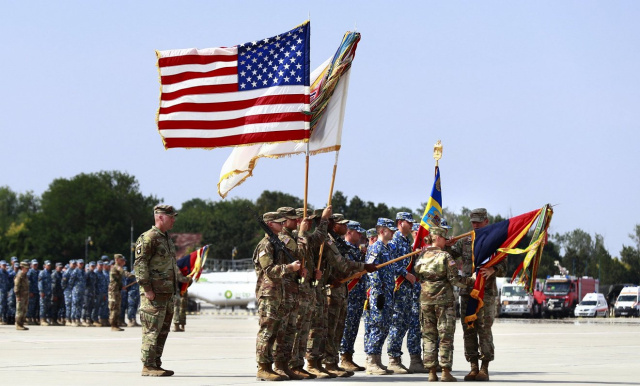 The United States has extended the deployment of a brigade from the 101st Airborne Division in Romania for nine months, beginning in January 2023, the New York Times reported, citing representatives of the US administration.

The brigade currently in Romania includes about 4,000 people. A rotation of servicemen is planned for up to two months. They will be replaced by another brigade from the same division arriving from the US. In addition, staff officers and a major general from the US 10th Mountain Division will be sent to Romania to command the troops. American servicemen, as before, will be at the Mihail Kogalniceanu Air Base, located less than 100 km from the border with Ukraine. At the same time, they conduct regular exercises in the immediate vicinity of the border.

The US sent its military to Romania in early 2022 to reinforce NATO's eastern flank. In the summer, the contingent stationed there was increased to a brigade. The US military command had previously explored the possibility of transferring it to another NATO base in Eastern Europe.