Bulgaria: Bank Accounts will Automatically be converted from BGN to EUR on the Day of Introducing the Euro 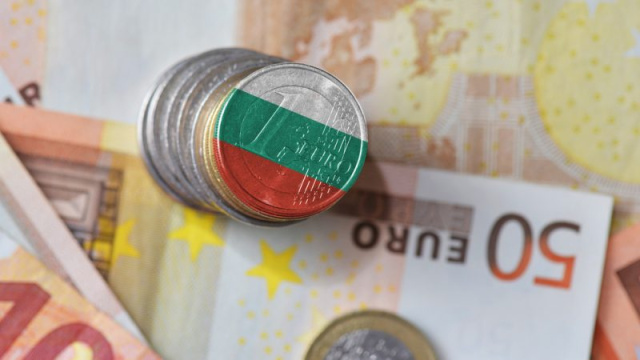 Bank accounts will automatically be converted from BGN to EUR on the day of the introduction of the single European currency, emphasized the Governor of the Bulgarian National Bank (BNB) Dimitar Radev in his publication in the bulletin of the Association of Commercial Banks.

All funds in leva on current, deposit, savings and other accounts in banks and other payment service providers will be converted into euros free of charge, the publication makes clear.

Two weeks before the date of the introduction of the euro, the BNB will start supplying the banks with euro banknotes and euro coins with a Bulgarian national side in advance, it is clear from the publication of Governor Dimitar Radev. In the same period, banks will start supplying traders and "Bulgarian Posts" EAD offices with euro banknotes and euro coins with the Bulgarian national side (without fee) - the so-called secondary pre-supply.

After the introduction of the euro, during the first 6 months, the banks (together with "Bulgarian Posts" EAD) will necessarily provide free exchange of banknotes and coins from leva to euro.

After the expiration of the first 6 months to 1 year of the introduction of the euro, banks will be obliged to continue exchanging banknotes and coins from leva to euro, and will now be able to apply a fee for this service.

After 1 year from the introduction of the euro, the service for exchanging banknotes and coins from leva to euro, again with the possibility of applying a fee for this service, will be provided by the banks at their discretion.

The BNB will continue to exchange banknotes and coins from leva to euros free of charge and indefinitely.

In his publication, Dimitar Radev outlines the political situation as the main risk before the adoption of the euro with a target date of 2024.

The introduction of the single currency has also been highlighted as a top priority by the Acting Minister of Finance, Rositsa Velkova, who also has a publication in the banking bulletin. The Ministry and the BNB work closely together.

A few days ago, Velkova stated that she was hopeful about the progress of the necessary legal changes. Her thesis was expressed before BSP's announcement that they will return the mandate at the beginning of next week.