32,000 Barrels of Fuel reach Ukraine from Bulgaria Every Day 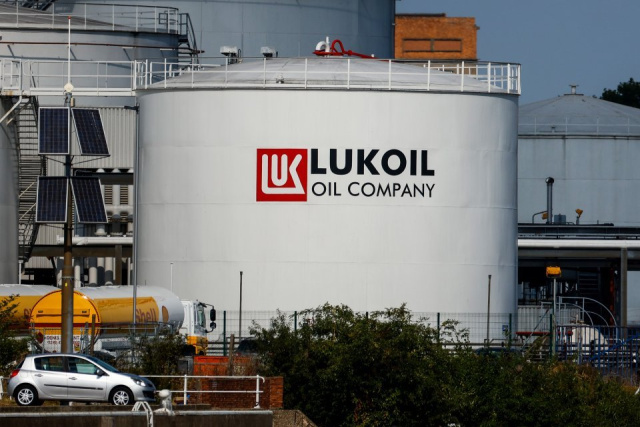 In the past year, Ukraine bought a huge amount of fuel from Bulgaria, which was produced from Russian oil. This is according to the data of the Bulgarian National Statistical Institute, provided to EURACTIV Bulgaria. From January to November 2022, Bulgaria exported 700 million euros worth of fuels to Ukraine, and if the trend continues in December, the total value for the year will exceed 825 million euros.

In the year before the war, Bulgaria exported more than 1000 times less fuel to Ukraine, with a total value of only 750 thousand euros. The current scale of Bulgarian oil exports to Ukraine is so large that it corresponds to about 1% of the size of the entire Bulgarian economy.

This is stated in a publication that coincided with the article of "Die Welt" about the export through intermediaries of Bulgarian weapons and fuels to Ukraine in the first months after the Russian invasion.

Authors Krasen Nikolov and Antonia Kotseva talk to Martin Vladimirov from the Center for the Study of Democracy (CID), according to whom: "It is quite logical that Bulgaria exports more fuel to Ukraine and this will continue this year as well (...) It is important to emphasize that all products exported to Ukraine are either directly produced fuels in Russia or produced in Lukoil Neftohim".

He does not agree with the statement to "Die Welt" by former finance minister Asen Vassilev that Bulgaria has become "one of the largest exporters of diesel fuel for Ukraine and at times covered 40% of its needs". According to him, this share was greatly exaggerated by Vassilev.

Here's what else the article says:

"The main oil export from Bulgaria to Ukraine is gas oil, which forms over 90% of supplies. In the last 6 months, gasoline supplies have also increased rapidly, which is explained by Russian attacks against Ukrainian critical infrastructure.

Gas oil is a fuel that is very similar to diesel, but is used in heavy industry to power machinery, generators and off-road vehicles, as well as in agriculture and shipping.

The main producer of gas oil in Bulgaria is the refinery in Burgas, which is owned by the Russian oil company Lukoil, which still operates mainly with Russian oil imported by tankers via the Black Sea. The Russian refinery in Burgas can afford to export fuel at significantly lower prices because it works with its own raw material.

Last year, Russian oil prices on world markets were on average 20-30 dollars per barrel lower than stock market prices due to Western sanctions.

Bulgarian statistics show that Ukraine is now the third largest trading partner of Bulgaria due to the export of fuels, having replaced the USA. In 2021, Ukraine is only in eighth place among the countries outside the Union in which Bulgarian exports are realized.

The period of highest fuel sales for Ukraine coincides with the administration of the caretaker government of President Rumen Radev, who is accused by his opponents of pro-Russian positions. President Radev is a staunch opponent of sending Bulgarian weapons to Ukraine, but the parliament did not listen to him and decided to send weapons at the end of last year.

On January 13, the Bulgarian parliament passed a law that allows fuels produced from Russian oil to be exported only to Ukraine. However, there is a loophole in the law that allows trade with other countries outside the EU. The law allows the fuels produced by "Lukoil" in Bulgaria, which cannot be sold on the Bulgarian market or when there is no place for their storage, to be traded in countries outside the EU.

At the end of last year, Lukoil announced its intention to make Bulgaria its main base in the EU. The Russian company has promised to pay hundreds of millions of euros in taxes in Bulgaria if it is allowed to export the oil production produced in the country. Lukoil's refinery in the Bulgarian city of Burgas is the largest on the Balkan Peninsula. The poorest country in the bloc received a derogation for importing Russian oil by sea until the end of 2024.

Martin Vladimirov, director of the "Energy and Climate" program at the CID, confirmed that fuels produced by Lukoil or by other importers of Russian fuels, such as the Bulgarian company Insta Oil, are exported to Ukraine, as well as by other companies that directly import fuels from Russia.

"These are not importers of crude oil, but of finished products, which are then exported through Romania, and according to my calculations, approximately 32 thousand barrels of fuel per day reach Ukraine from Bulgaria. We are talking about gas oil, which is used for heavy machinery and agricultural machinery," said Vladimirov.

"This will continue to happen because the decision of the European Commission from December last year gives an explicit derogation for Bulgaria to be able to export products produced from Russian oil to Ukraine in the amount of the average values of the last five years," says Vladimirov, who is among the leading independent Bulgarian energy experts."