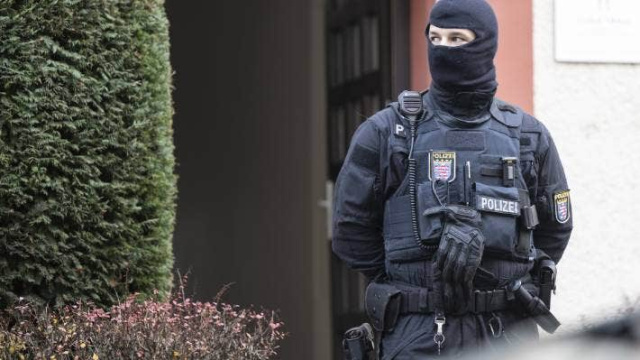 25 people have been detained and police are searching 130 sites in several federal states in Germany in connection with the investigation into an attempted coup in the country, Die Welt reported. The action is against the right-wing movement "Reichsbürger" (Citizens of the Reich). The group is said to have aimed to "cleanse" the government and introduce a different form of government to Germany - a Principality. Among those detained is a former Alternative for Germany (AfD) MP, former Bundeswehr Special Forces Command officers, Russian citizen Vitaly B. and dynastic prince Heinrich XIII Reuss. According to Die Welt, the action of that night, which is still ongoing, is the biggest blow so far against the so-called "Citizens of the Reich". 3,000 employees of various law enforcement agencies were involved in the operation. The federal prosecutor's office is investigating suspicion of creating a terrorist organization. The state prosecution alleged that members of the group pursued the goal "of taking over the existing state system in Germany and replacing it with their own form of government, which had already been generally worked out." The rioters were aware that this goal "could to be achieved only by the use of military means and violence against representatives of the state". The "Citizens of the Reich" were ready to commit murder. According to the statement of the authorities, a "military arm" was to enforce the planned takeover "by force of arms". The coup was to be carried out by a military seizure of the Bundestag and other important institutions in Berlin and the country.

The sites searched also included the living quarters of Birgit Malsack-Winkemann, a former member of the Bundestag from the AfD. Die Welt reporters watched as special forces arrived at a house with balconies in Berlin's Wannsee residential district at 6 a.m. and smashed the front door with a battering ram. Special forces have taken action against a member of an old noble family and former members of the Bundeswehr's "Special Forces Command".The most prominent member of the group, which is said to have set itself the goal of carrying out a coup, is Birgit Malsack-Winkemann, a former AfD lawmaker, although Die Welt acknowledges that the political formation's role in the conspiracy has not yet been clarified. Birgit Malsak-Vinkmann is a member of the AfD and was a member of her party's Bundestag from 2017 to 2021. Observers attribute her to the extremist "wing" of the party. After leaving the Bundestag, Malsack-Vinkmann returned to the Berlin District Court as a judge. In June of this year, Berlin Senator for Justice Lena Kreck filed a request for the temporary retirement of the 58-year-old Malsack-Winkenmann due to doubts about her loyalty to the constitution. However, the administrative court rejected the request. No information has yet been released by the authorities about Malsack-Winkemann's role in the Reichsbürger group. Another alleged member of the Reichsburg Group can also be considered a public figure: Prince Heinrich XIII Reuss. He comes from an old noble family. The House of Reuss ruled areas in present-day Thuringia until the November Revolution of 1918. The remaining branch of the family had castles in Lower Austria, near Leipzig and near Saalfeld in Thuringia. The prince owns an estate in Saaldorf an der Saale: the small neo-Gothic hunting lodge Weidmansscheil. According to the findings of the security authorities, the Reichsbürger used the castle for network meetings and made plans for the expected overthrow of power. Special forces also searched Henry XIII Reuss's house. He lives in Frankfurt am Main, in the chic Westend district.

According to the findings of the security agencies, Reuss and his comrades-in-arms may have sought to establish a "Princedom of Reuss". It is said that the group had already allocated resources. The ex-MP Malsack-Winkemann was supposed to be in charge of the judicial system in the "Principality of Reuss". The names of the other "ministers" are not yet known. In the circles of the security authorities it is said that the group chose people "with influential positions in the social or financial sphere".The security authorities have conducted the investigation by decree of the Munich Public Prosecutor's Office, which has started pre-trial proceedings against Heinrich XIII Reuss. There is no information on what text from the NC the initial investigation began. The rebels have tried to make contacts for support abroad, including Russia. The connection with Moscow have been made by the Russian citizen Vitalya B., also detained, who was looking for contacts at the government level in the Russian Federation. TASS, citing German sources, claims that the coup plotters did not receive approval and support from Moscow. The "Citizens of the Reich" conspiracy theories essentially suggest that the German Reich continues to exist under international law to this day because the Weimar Reich Constitution was never abolished. "Citizens of the Reich" do not recognize the Federal Republic, refuse to pay taxes, set up their own governing bodies, and want to restore Germany, which includes large parts of Poland. The numerous groups such as the "Germanists" or the members of the "Free State of Prussia" have not decided whether they want to return to the German Empire, the Weimar Republic or the "Third Reich" - or whether a new state should be created outright. The movement gained public attention through the appearance of singer Xavier Naidoo on German Unity Day 2014 at a Reich Citizens event.