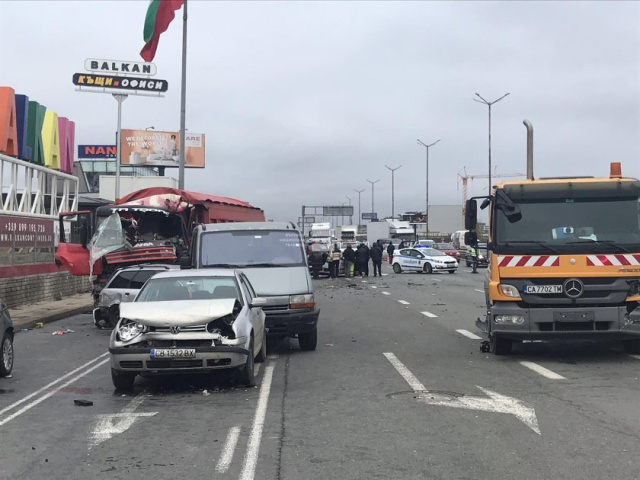 Five people were injured in a serious chain accident along the Southern Arc of the Sofia Ring Road. 10 cars and two trucks collided. Three of the injured are in hospital. The accident happened in the section from the "Boyana" road junction to "Simeonovsko Shosse" in the direction of "Simeonovsko Shosse". Traffic is stopped there. According to eyewitnesses, the accident was caused by one truck, which was probably driving at an inappropriate speed. Its driver was injured and had to be extricated from the cabin with difficulty. Firefighters were on the scene helping free people trapped in the crushed vehicles. Traffic in the area remains very difficult. 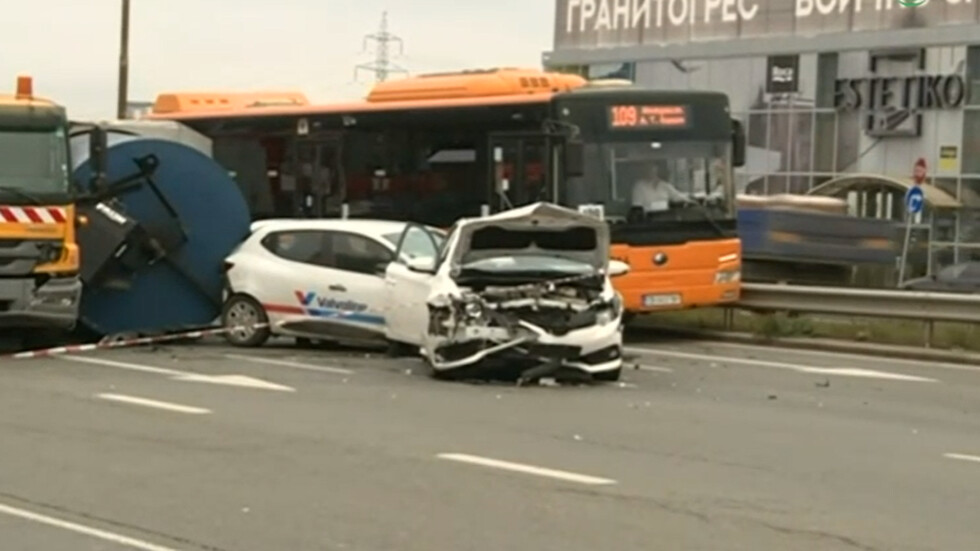 Inspector Ivo Bikov from the Traffic Police stated: "Around 9 o'clock this morning, a signal was received in our duty unit about the occurrence of a chain accident between cars and trucks. Minutes after receiving the signal, our teams of traffic police, security police, fire brigade and emergency medical teams arrived on the scene immediately help. I can tell you that there are three injured at the moment. They have been transported to a hospital where they are currently being examined and two more are slightly injured who have been examined but not transported as they have no injuries. It is very it's too early to talk and assign blame to someone. An investigation is underway and until the procedural-investigative actions are carried out we cannot determine the blame".The Metropolitan Municipality recommends that citizens use alternatives for movement to "Bulgaria" and "Cherni vrah" boulevards."The ring road is quite busy. There are our traffic police teams that restrict traffic at the intersection of the ring road and Cherni Vrah Blvd. in both directions - towards the center and towards Dragalevtsi, where the bypass route for Simeonovsko Shose is," he said more Bykov.