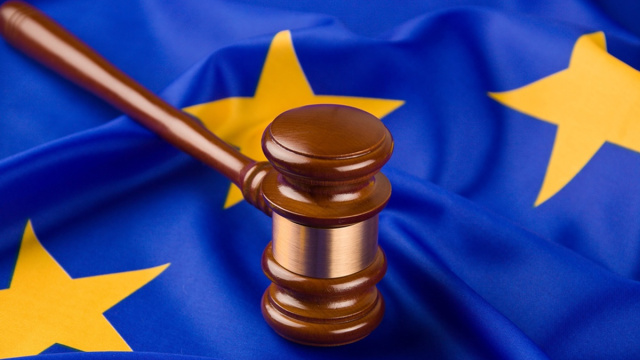 The European Commission proposed on Friday up to 5 years in prison for individuals and a fine of at least 5% of turnover for companies that violate or circumvent sanctions imposed by the EU against third countries.

The initiative comes after member states on Monday added sanctions evasion to the EU's list of general criminal offences, which are prosecuted in the same way in all European countries.

Currently, 12 of the 27 European countries prosecute the non-application of the general restrictions against third countries and their citizens, while in the rest the non-implementation of the sanctions is treated as an administrative violation. Therefore, in them, frozen assets falling under the regime of European sanctions cannot be confiscated.

In addition, each state has set different penalties for these crimes, allowing those sanctioned to transfer assets to try to keep them from being seized.

"Oligarchs use legislative loopholes to hide their money. With this proposal, we close those loopholes," a European Commission spokesman said on Friday.

The EU proposed on Wednesday that seized assets of Russian and Belarusian citizens linked to the war in Ukraine could be used to rebuild Ukraine after peace.

Which sanctions violations will be a crime

The draft directive, which must now be adopted by the European Parliament and the Council of the EU before it leads to effective changes in the national legislation of individual countries, introduces a definition of different types of infringements and penalties for them.

It envisages criminalizing the transfer of funds and assets, the non-freezing of assets of sanctioned persons, the allowing of sanctioned persons to enter or pass through the EU, the conclusion of transactions with third countries that are prohibited or restricted by the sanctions, trade in goods or services, the import, export, sale, purchase, transfer, transit or carriage of which is prohibited or restricted.

Prosecution of activities or services that are prohibited or restricted is proposed.

Offenses will also cover circumventing or attempting to circumvent an EU restrictive measure, including hiding funds or disguising the fact that a person is the ultimate owner of funds.

What will the penalties be?

The draft directive states that, depending on the gravity of the crime, the individual may be subject to a maximum penalty of at least five years in prison, and companies may be fined no less than 5% of their total global turnover during the year preceding the fine decision.

Exclusion from access to public financing, deprivation of the right to exercise economic activity are also foreseen; withdrawal of permits for carrying out the activity by which the sanctions are violated, placing under judicial supervision, judicial liquidation and closing of objects used to commit the violation.

The Directive does not require perpetrators to incriminate themselves and allows them to remain silent. Attorneys will not be required to report information that is obtained in connection with judicial, administrative or arbitration proceedings.

Once the directive is adopted, each country must amend its criminal laws to comply with it, introducing at least the minimum penalties provided for in the directive. They will apply to all European sanctions, not just Russia, which is currently subject to the most sanctions restrictions related to the 2014 annexation of Crimea and the war in Ukraine.

The EU has a list of crimes that are punishable throughout the EU. These include terrorism, human trafficking and sexual exploitation of women and children, drug trafficking, arms trafficking, money laundering, corruption, counterfeiting of means of payment, computer crimes and organized crime.