We Continue the Change and Democratic Bulgaria: Machine Voting was just Killed 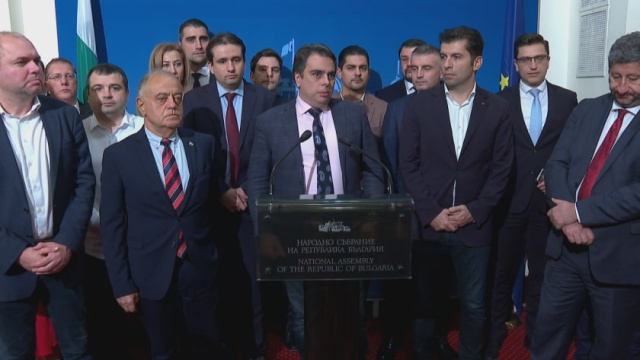 After in the plenary hall the deputies voted "in favor" the return of the paper ballot as a right of choice for voting in the sections with over 300 people. From "We Continue the Change" and "Democratic Bulgaria" gave a statement in the parliament.

“Just now in the GERB hall, DPS and BSP voted to vote only by paper from the next local elections. From now on, no Bulgarian will be able to vote without filling in the ballot with a pen. It remains to be seen whether this paper will be counted by hand or counted by counters. Machine voting was just killed”, said Asen Vassilev, co-chairman of "We Continue the Change".

"The machines with which we voted will be thrown away - those BGN 80 million. They will not be used, as there are no elections before the local ones and we switch to completely manual voting, perhaps with counters," Vassilev added.

"Or it is all about a word used by the 'paper majority' - amateurs. It's about national security. The electoral process should be in a country the safest thing. This legislative quagmire we're watching is either complete amateurism or actually a deliberate plan to really not know how the local elections will be voted because of their huge political importance. This thing that we are seeing might not have happened if they had accepted our call to have a commission to discuss these technical parameters," pointed the co-chairman of "Democratic Bulgaria" Hristo Ivanov.

He added that this majority ruling at the moment is obvious, but it should not be allowed to the executive branch.

"It clearly seems that their focus is the local elections, because the largest number of invalid ballots happens precisely during the local elections. They try in every way to confuse the whole society, but in reality they steal the vote of the Bulgarian citizens. Besides on paper, there will be no way to vote for the local elections - where they are the best at stealing the vote," said Kiril Petkov, the co-chairman of "We Continue the Change".