Stoltenberg: Putin will use Winter as a Weapon in the War 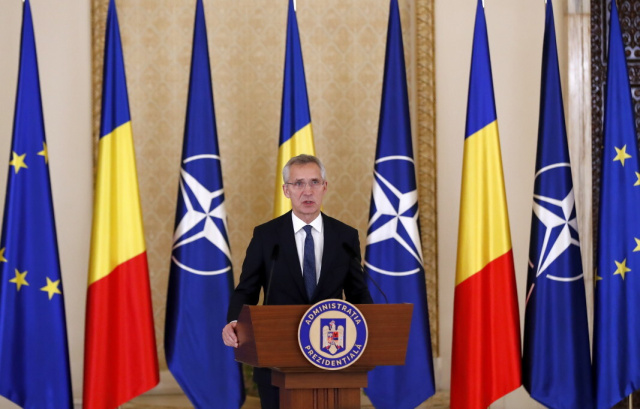 Russian President Vladimir Putin will use winter as a weapon in the war that is causing much suffering to the Ukrainian people. This was stated by NATO Secretary General Jens Stoltenberg upon his arrival at the meeting of foreign ministers of the alliance countries, which began in Bucharest.

"President Putin is responding with greater brutality, attacking gas infrastructure, power lines and trying to deprive Ukrainians of water, electricity, lighting and heating. NATO allies must therefore continue to provide unprecedented support to Ukraine, including by helping them rebuild their gas and energy infrastructure," Stoltenberg said at the Palace of Parliament in the Romanian capital.

He informed that NATO has delivered essential supplies, including generators, and increased its air and ground presence. "We will increase our presence. We will reposition ourselves. Including in the Black Sea, if necessary," said the secretary general of the alliance in response to a question about what decisions the organization will make regarding the Black Sea strategy.

Stoltenberg did not exclude the possibility of a second wave of refugees to Europe, as well as a new series of attacks by Russia. "We can expect more attacks. But no one can say exactly how much. At the moment, Russia is attacking civilian targets because it is unable to conquer territories and it is failing," the NATO Secretary General added.

Read more from the 279th day of the war in Ukraine.