Romania is the Sixth largest producer of Cars in the EU 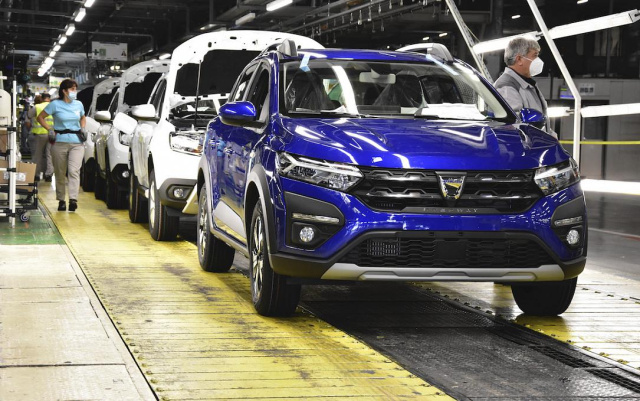 Romania ranks sixth in car production in the European Union with an average of more than 40,000 cars per month, Hotnews reported, noting that Romania produces more cars than countries such as Italy and Hungary, but less than the Czech Republic and Slovakia.

The latest report from the Association of European Automobile Manufacturers (ACEA) for the period January-September shows that in this period nearly 50 million cars were produced worldwide. China is in first place with 16.3 million and the US is second with 5.3 million. In the EU, 7.96 million cars were produced, up 5.8 percent from the same period in 2021, the data showed.

In Romania, 376,000 cars were produced in the first nine months of 2022, of which about 60 percent Dacia and 40 percent Ford. Germany topped the list with 2.4 million vehicles, but well below 2019's output of 3.4 million. Spain is second with 1.27 million, and the Czech Republic, Slovakia and France round out the top five. Romania is in sixth place. Italy, Hungary, Belgium and Sweden are also in the top 10.

Romania is the only country where production this year was greater than in 2019, the site notes. The biggest percentage decline was reported in France, where production fell by more than 40 percent, from 1.2 million cars to less than 700,000, ACEA data showed. About 910,000 cars were produced in the Czech Republic, with the drop being 10 percent.

Meanwhile, the Association of Automobile Manufacturers in Romania (ACAROM) reported this week that national car production increased by 27.7 percent in the first ten months of this year compared to the same period last year, reaching 425,423 units, Agerpress reported.