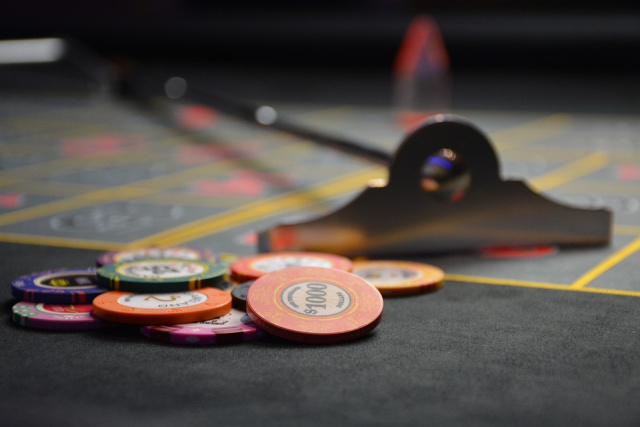 Most people not into casino gaming likely don’t know that casino-poker games exist. Well, they do and have been around for decades. Many in the industry credit professional card player David Sklansky as the person that invented this genre when he came up with a table option called Casino Poker in 1982, now referred to as Caribbean Stud. It drew on 5-Card Stud poker, utilizing many of the rules featured in this super early poker variation whose origins can get traced back to the American Civil War.

Caribbean Stud, for fifteen years, was the go-to casino poker choice for many on land-based gaming floors. However, in 1997, Derek Webb, another pro gambler, patented his casino table game, 3-Card Poker, attempting to create a casino product that can get played at a similar speed as blackjack and rival twenty-one action in terms of popularity. Other aspects Webb paid attention to when crafting this gaming pick were: that it would boast a lower enough house edge to compete with the classics and that its payouts would be attractive enough to make players flock to 3-Card Poker tables.

After multiple unsuccessful attempts to market 3-Card Poker for real money in the US and Britain, Webb found it a home at a Mississippi riverboat property, the Grad Casino Gulfport. From that point, its popularity started to swell, and it entered the UK market in 2002. Today, 3-Card Poker is a mainstay at gambling sites and physical venues. In the subheadings below, a presentation follows, a guide on how those unfamiliar with this casino gaming choice can begin to enjoy themselves at 3-Card Poker tables, virtual and real-world ones.

How to Play 3-Card Poker

Though 3-Card Poker entertainment may seem intimidating for novice players, its gameplay is quite simple. It consists of these steps:

· Every 3-Card Poker round starts with an ante wager made by all players who decide to participate in the next hand. Everyone at the table also has the option to make a pair plus wager on top of their ante. That bet signifies that their given cards will result in a combo amounting to at least a pair.

· After the initial wagering gets completed, everyone who has chosen to join the round gets dealt three cards face down. The dealer receives this same amount.

· Remember, 3-Card Poker is a player vs. dealer game. Unlike traditional poker, where people compete against each other. Here, gamblers go up against the house.

· Upon getting their cards, players look at their hand and select if they want to place a play bet, which must be equal to the ante one or more substantial.

· When someone lays down a play wager, they have chosen to put their hand against the dealer’s unknown 3-Card combination.

· If a player opts not to make the play wager, he folds and forfeits the hand.

· Those that have decided to keep playing reveal their cards, and the dealer does the same. These get pitted, and whoever has the superior combo wins.

Payouts: What are the Payouts for 3-Card Poker

The payouts in 3-Card Poker games can vary dramatically from table to table, depending on what structure an operator has chosen to implement. At most, the following system gets applied:

· A Straight Flush pays forty to one.

· Three-of-a-Kind combos yield wins of thirty to one.

· Straight ones produce prizes of six to one.

· A regular Flush is responsible for rewards of three to one.

The standard house edge in 3-Card Poker is 3.37% when gamblers bet the ante and 7.28% when they make the pair plus wager. That is decent. In the first case, it is an edge lower than the house’s advantage in European Roulette, which is 3.7% on even-money bets (hi/lo, red/black, odds/evens). Yet, it is higher than the default operator upside available in blackjack. At most traditional twenty-one tables, this mathematical upper hand is 2% but can get lowered to about 0.5% when gamblers implement an optimal strategy. That is nothing more than a table outlining what moves to make in what situation. It is a tried and tested method that uncovers the best mathematical winning probabilities in various situations.

It should get mentioned that, at some casinos, online and land-based ones, 3-Card Poker games can incorporate a 6-Card Bonus. That bet compiles the dealer’s and player’s hands into one 6-Card hand. And if these two form a high-ranking poker one, the operator pays out a prize. The house edge of this wager is 6.74% (for a win of any kind), and if the 6-Card formation amounts to a Royal Flush, the reward given is a multiplier of one thousand. If it is a Straight Flush, it is a payout of two hundred to one. Some sites/venues also add a progressive jackpot prize to some side bets, but the odds of landing such a win are astronomical.

There are only a few 3-Card Poker approaches that work. The most famous one is to make the play bet on hands with a queen, six, and a four. Or cards that are above these values. When that happens, the winning probability shifts to the player. When a hand does not contain such a combination, gamblers should fold and wait for the next round.

Another quality tip about this now casino staple is to avoid making side bets, sticking primarily to the standard gameplay. That is because non-base game wagers likely feature house edges above 5%. Also, never play at the first 3-Card Poker table you spot, online and offline. It is very probable that an operator can offer multiple 3-Card Poker games, each with specific rule tweaks that favor different kinds of players. Always shop around, looking for a correctly suited choice.

Fans of blackjack and baccarat who want to take of break and experience something new would be wise to look into 3-Card Poker. It is a player vs. dealer poker-inspired game that offers significantly higher payouts than traditional casino table games, catering to card gambling enthusiasts and lay players alike.