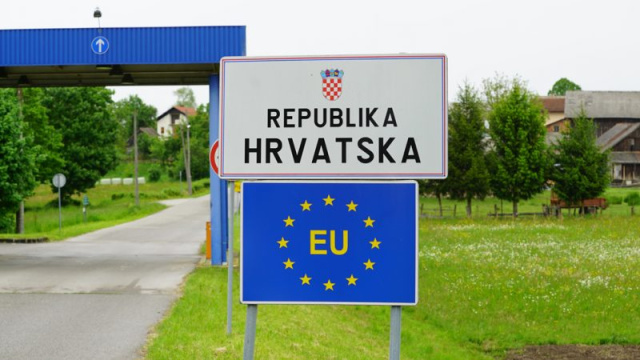 Members of the European Parliament supported the abolition of internal border controls between the Schengen area and Croatia, the institution's press service reported.

In a report adopted with 534 votes in favour, 53 votes against and 25 abstentions, the European Parliament approves the admission of Croatia as a full member of the Schengen area.

On 9 December 2021, the Council confirmed that Croatia has fulfilled all the necessary conditions for the full implementation of Schengen rules. MEPs are now calling on the Council to continue the process and adopt a final decision to lift border controls.

Fundamental rights must be respected

In relation to signals of pushback at Croatian borders, MEPs want Brussels to assess Croatia's external border management and fundamental rights aspects (including through on-site visits) as part of the Schengen evaluation program.

After the vote, rapporteur Paulo Rangel said: "Croatia has gone through the most comprehensive Schengen membership assessment of any EU country to date. It has implemented 281 recommendations in 8 areas of Schengen legislation. The Commission and the Council have confirmed the country's readiness to fully implement Schengen rules. The European Parliament fully agrees: the abolition of internal border controls must happen by the end of this year!"

The European Parliament has long advocated the expansion of the Schengen area, which today includes 26 countries (all EU member states except Bulgaria, Croatia, Cyprus, Ireland and Romania, as well as Norway, Iceland, Switzerland and Liechtenstein, which are not EU members).

In 2018, MEPs stated that Croatia should be admitted to Schengen as soon as it meets the necessary criteria. On 18 October 2022, they also expressed their support for the immediate admission of Bulgaria and Romania.

Yesterday, the vice-president of the European Commission, Margaritis Schinas, insisted that it is time to expand Schengen - not only with Croatia, but also with Romania and Bulgaria.

Dutch Prime Minister Mark Rutte, who has vetoed the admission of Bulgaria and Romania several times, said in Bucharest in October that "we can talk of joining Schengen when all the conditions are met".

The Czech Presidency intends to put the matter to a vote at a meeting of the EU Council on 8 December. A positive decision requires unanimity.