The Bulgarian Border Policeman was Killed with a Hunting Carbine 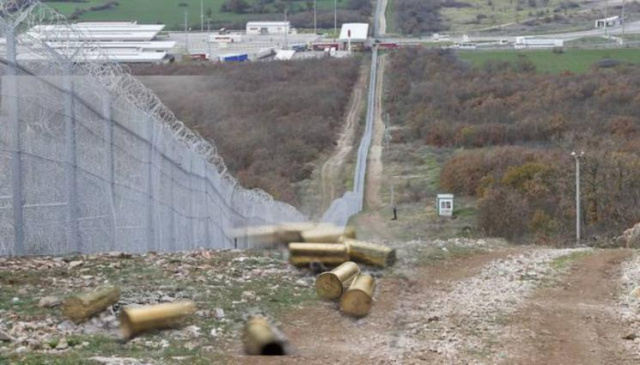 Shells from a hunting carbine were found on the territory of Bulgaria. It is assumed that this is the weapon with which the murder of border policeman Petar Bachvarov was carried out on Monday evening near the Bulgarian-Turkish border.

This was announced by the Deputy Chief Secretary of the Ministry of Internal Affairs, Stanimir Stanev, on Nova TV.

After the murder on Tuesday, Deputy Chief Prosecutor Borislav Sarafov said that they were working on two versions - migrant trafficking and drug trafficking. The second one was leading. In Turkey, two suspects were detained for the murder, and local authorities announced that they were not Turkish citizens.

Stanev reported that the shell casings were found on the territory of our southern neighbor and it was certainly fired from there. This was also clear from the marks left on the jeep that was shot at. According to him, there is also a version of revenge on the part of a migrant not admitted in Bulgaria.

"This aggression is inexplicable to me as well. Until now, in the last 50 years, such an act has not been carried out", said Stanimir Stanev.

According to the Deputy Chief Secretary of the Ministry of Internal Affairs, the equipment along the Bulgarian-Turkish border has not been well maintained in recent years. However, he emphasized that the law enforcement officers guarding the perimeter are well equipped and have two magazines - one with live cartridges and one with stop cartridges.

On Tuesday, the Minister of Internal Affairs, Ivan Demerdzhiev, announced that new measures will be taken for the safety of the people guarding the border. He promised that the patrols would be armed with long guns and would shoot at any doubt about their safety.

The deputy chief prosecutor and director of the National Investigation Service Borislav Sarafov announced that the Bulgarian side will insist that the perpetrators be extradited and tried in our country.

To bTV, the deputy mayor of the village of Golyam Dervent, near which the incident happened, Ivan Frantzazov, told that several groups of migrants cross the border every day.

“This has been going on for years and is getting worse. Let's hope that stronger measures will be taken. It is still a border here, we are an external border of the EU, so that the territorial integrity of the country can be preserved”, he said.

According to him, years ago it was not possible to easily cross the border. The old facility was maintained by the border guards, was patrolled on both flanks, and had a checkpoint.

Today, a day of mourning has been announced in Elhovo in memory of the dead border policeman.