Ex-Constitutional Judge: Bulgaria’s Decision to Give Weapons to Ukraine is Unconstitutional 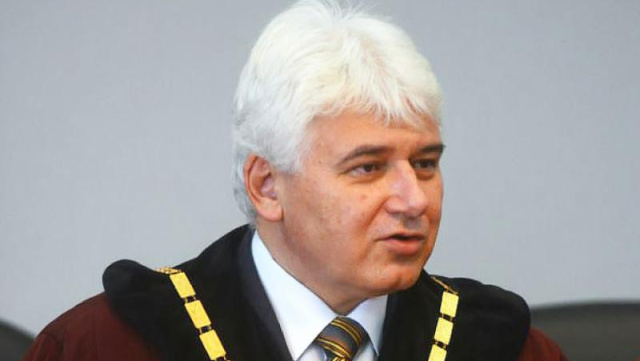 “The decision of the National Assembly, which commits the Bulgarian government to provide military aid to Ukraine, is unconstitutional and a gross interference in the executive prerogatives of the government.”

"Insofar as the Constitution is categorical that the general leadership of the armed forces is carried out by the government, not by the parliament. In this case, the very logic is wrong - we burden the government to conduct negotiations with another country, and the other country determines what it needs and we to fulfill the will of the other party. They overdid it and crossed the limit of the constitutional framework," the constitutionalist pointed out.

On Thursday, November 3, The National Assembly approved the project, according to which Bulgaria will provide military aid to Ukraine.

He clarified that the wording "military" and not "military-technical" also includes "manpower, if necessary".

"Parliament thinks that it almost holds all the levers of power and all the threads of government - one all-competent body, and he does not realize that there is a separation of powers. In this situation, in which the country is beset by all sorts of crises that pile one on top of the other, it seems that no one is being managed. Everyone accounts for future negatives from a participation in the ruling, and it's literally a fight over who will pull the coals out of the furnace with their bare hands," commented Plamen Kirov.

The time given by the president for consultations and reaching an agreement on the formation of a government was "interpreted in a rather wrong way" by the politicians in the parliament.

"Responsibility is shared. Not only the president participates in the procedure, the political parties represented in the parliament also participate. They are the actors in this political theater," said Prof. Kirov.

According to him, the political talks should have started "from the night of the elections".

"It's strange to me - these screams in the media about how they didn't want to talk to each other. Maybe we should include the patriarch in these consultations, so that somehow he calms them down and makes them say a kind word among themselves." Kirov said.

Most likely, the president's team also considers deadlines with the next elections in mind, suggested the constitutionalist.

"Let's calculate, so that it doesn't turn out that on New Year's Eve we may be facing the polling stations again, in the middle of winter," he explained.

Plamen Kirov defined the introduction of a presidential republic as "political talk that makes absolutely no sense."