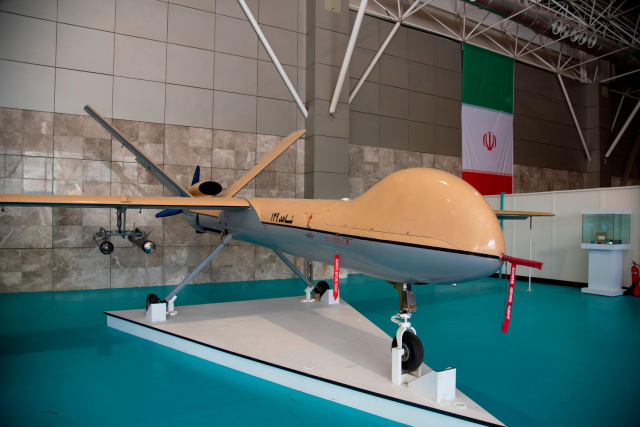 Iran's Foreign Minister Hossein Amir Abdollahian acknowledged for the first time that his country supplied Russia with drones, but indicated that the transfer took place before Moscow's war against Ukraine, in which Iranian-made drones bombed Kyiv, the Associated Press reported.

"We gave a limited number of drones to Russia months before the war in Ukraine," the minister said in Tehran.

Iranian officials have previously denied arming Russia in its war against Ukraine. Earlier this week, Iran's ambassador to the United Nations, Amir Saeed Iravani, called the accusations "completely baseless" and reiterated Iran's position of neutrality in the war.

The US and its Western allies on the Security Council have called on UN Secretary-General Antonio Guterres to investigate whether Russia used Iranian drones to attack civilians in Ukraine.

However, Iran's paramilitary Revolutionary Guard has vaguely boasted that it provides drones to major world powers. Supreme Leader Ayatollah Ali Khamenei praised the effectiveness of drones and mocked the West's hand-wringing over the danger these weapons pose.

During state-sponsored demonstrations to mark the anniversary of the 1979 takeover of the US embassy, ​​crowds waved placards of triangular drones as a matter of national pride.

Acknowledging the delivery, Amir Abdollahian stressed that Iran had not noticed any use of its drones in Ukraine. He said Iran remains committed to ending the conflict.

Read more from the 255th day of the war in Ukraine.