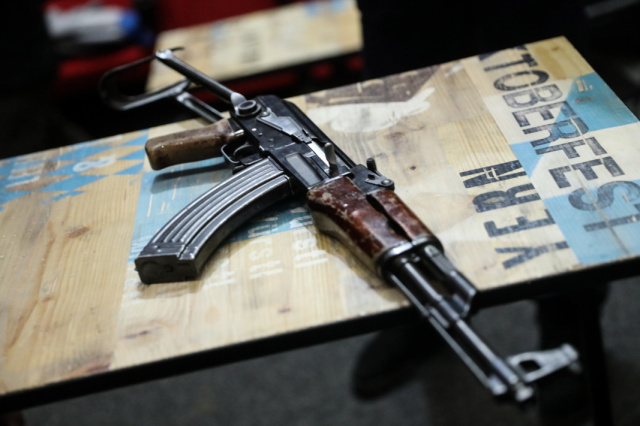 Bulgaria has become one of the largest indirect suppliers of arms to Ukraine, selling record quantities since the beginning of the war, writes the Ukrainian publication "European Pravda", referring to a publication in "Euractiv".

It is emphasized that Bulgaria and Hungary are the only two countries in NATO and the EU that have officially refused to send military aid to Ukraine.

Bulgarian weapons enterprises produce ammunition for Soviet weapons and other products based on them, which are of high quality and have a high price on the international market.

The former executive director of "Kintex" Alexander Mihailov is quoted, according to whom weapons are exported from Bulgaria through the state company, the trade of which has reached record levels this year.

From the beginning of the war in Ukraine to the present, the amount of authorized arms exports is more than 2 billion euros. For comparison, an example is given with the export of Bulgarian arms production in 2016 and 2017, when the sold production was worth 1.1 - 1.3 billion euros.

Bulgarian arms manufacturers and dealers sell their products mainly in Poland and Romania, from where the arms are exported to Ukraine.

"It is obvious that the volume of exports to Poland has increased significantly," Mihailov said, adding that the airport in Rzeszów, Poland, which is located about 70 km from the Ukrainian border, is a central logistics hub.

"It is no coincidence that the USA installed Patriot air defense systems at this airport. During the first 120 days of the war in Ukraine, 60 cargo flights with weapons were made from the Bulgarian airports to Rzeszow. The average cargo capacity is about 70-80 tons of cargo per plane," he added.

A week ago, GERB and "Democratic Bulgaria" submitted two separate proposals to the parliament for Bulgaria to help Ukraine with heavy weapons, including aircraft and missile systems.

The Air Force of Bulgaria consists mainly of Soviet MiG-29 and Su-25 aircraft, which are no longer subject to maintenance and should soon be decommissioned, the publication also says.

On Thursday, the National Assembly finally approved the project, according to which Bulgaria will provide military aid to Ukraine. (Draft decision on strengthening the defense capabilities of Bulgaria and providing military support to Ukraine). 175 MPs voted "In favor", "Against" 49 - from BSP and Vazrazhdane, "abstained" - 1 from We Continue the Change.